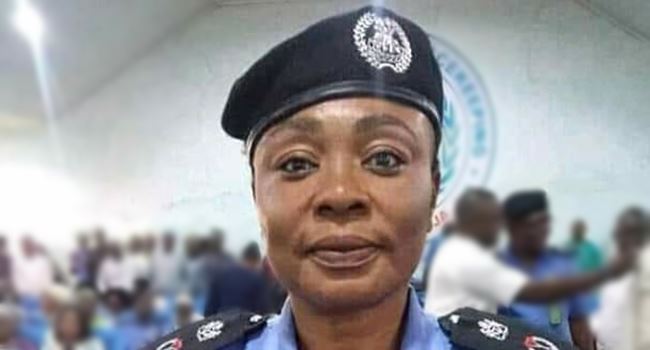 The New Commissioner of Police in Oyo State, Ngozi Onadeko on Sunday appealed to residents of the Ibarapa area of Oyo State to toe the path of peace.

CP Onadeko led senior police officers, including Deputy Commissioners of Police and Mobile Police Commanders on a tour of Igangan, Tede and Ago Are communities, where she spoke on the need for the residents to allow peace to reign.

According to her, the police is ready to carry out a thorough investigation to ensure justice for victims of kidnappings, rape and other crimes committed in the areas.

In her address at a meeting of officials of the Oyo State government, police authorities, community leaders and Fulani leaders in Igangan community on Sunday, Onadeko said: “We have come to assess and listen to you over the incident. I want to appeal to everyone of us to be calm and ensure there is peace. If there is no peace in the community, there won’t be growth and development.

“I want to appeal to the youth. We have listened and they have interpreted all your complaints and I want to say you should not spoil your case by using force. We are a new team. Bring out all the cases you have, put them in an orderly manner and we will make sure that justice is done.

“It does not matter where you come from – whether you are from Igbo, Yoruba or Hausa. Actually, we have the good and bad ones. Criminality is not only ascribed to a particular ethnic group, it cuts across all the ethnic groups”, she stated.

Ripples Nigeria reported that Igangan community in the Ibarapa area of Oyo State has been the scene of violent agitations against the menace posed by criminal elements posing as Fulani herdsmen, leading to a quit order handed down by a Yoruba freedom fighter, Sunday Adeyemo, also known as Sunday Igboho and a forceful ejection of the Seriki Fulani of Igangan, Salihu Abdukadir on Friday.