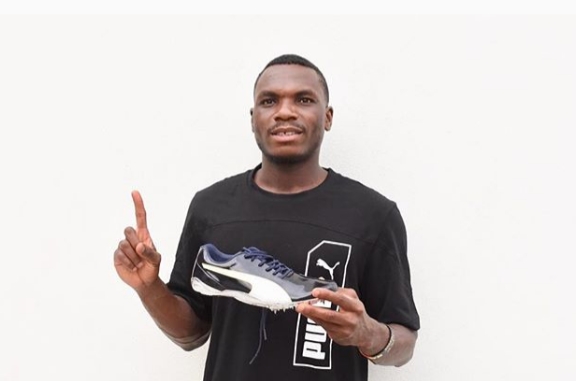 Nigerian athlete, Divine Oduduru is set to begin a new stage of his life and career as he just been signed a major contract with global sports company, PUMA.

The recently crowned NCAA 100m/200m champion revealed this on his Instagram page on Friday.

Oduduru made an image post with the caption “New stage of life.. Let the game begin with…. Glory Up?? @puma
#MRINeverExperredIt ?”

“Divine and Janeek are a great fit for the PUMA brand. They both personify our brand mantra ‘Forever Faster’ through their speed and sprinting excellence.

“Needless to say, we are delighted to welcome these talented athletes to the PUMA family and we look forward to the excitement that they bring to their respective events, and to the sport of Track and Field, in general.

“We believe they will also make a lasting impact and take their place in the annals of PUMA’s rich sporting history.”

This is a major step in the right direction for Divine, as being a PUMA ambassador will grant him global popularity as he gears up for his first-ever race in the IAAF Diamond League in Monaco.