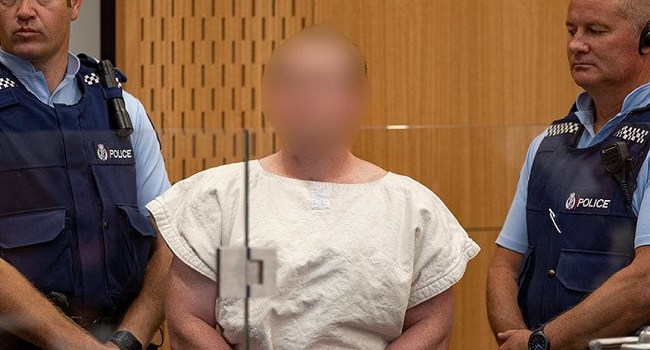 The suspected gunman in the New Zealand mosque killing, Australian Brenton Harrison Tarrant pleaded not guilty to all charges when he appeared in the Christchurch High Court on Friday.

Previously charged with 50 counts of murder and 39 of attempted murder, 28-year-old Tarrant faced an amended charge of murder on Friday following the death of Turkish national Zekeriya Tuyan, 46, on May 2.

He also faced two additional charges of attempted murder and a charge of engaging in a terrorist act under the Terrorism Suppression Act of 2002, developed in the global fallout after the Sept. 11, 2001, attacks.

He is the first person to be charged under the country’s anti-terrorism legislation.

Justice Cameron Mander said mental-health assessments by the prosecutors and defense showed Tarrant to be fit to stand trial. His trial will begin May 4, 2020.

According to Aljazeera, Defense attorney Shane Tait indicated they may seek a change of venue for the trial, which is expected to take more than six weeks.