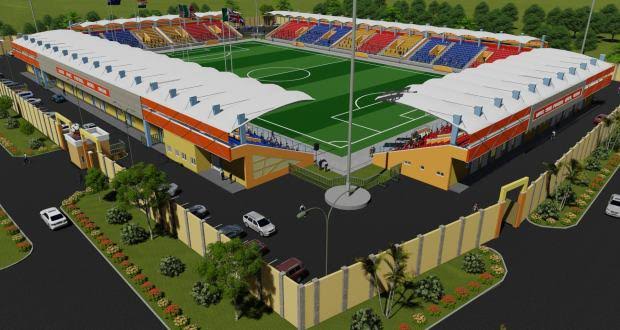 The Lagos State government has renamed the newly-renovated Onikan stadium on Tuesday. The sports complex will now be known as the Mobolaji Johnson Stadium.

The state governor, Governor Babajide Sanwo-Olu made this known during a ‘Day of Honour’ event organised to celebrate the exit of the first Military Governor of Lagos State, Mobolaji Johnson.

The facility, which is a 5000-capacity arena, is located on the south-eastern corner of Lagos Island, near the Tafawa Balewa Square, and was originally built in 1930.

“Today, we kicked off the funeral rites of Brig. Gen Mobolaji Johnson, an astute politician and a respected elder statesman,” Sanwo-Olu tweeted later on Tuesday.

“He was first appointed the Administrator of the Federal Territory of Lagos on January 15, 1966 and later on as Military Governor on May 27, 1967.

“A New Dawn. A New Look. A New Name. The newly renovated Onikan Stadium not only wears a new look, it has also taken on a new identity. MOBOLAJI OLUFUNSO JOHNSON STADIUM.”

A brief history reveals that in 1936, the complex was named after King George V, and between 1963 and 1973, it became known as the Lagos City Stadium.

It would be recalled that the stadium was one of the venues that hosted matches of the CAF U-20 Africa Cup of Nations (former Africa Youth Championship) in 1995.