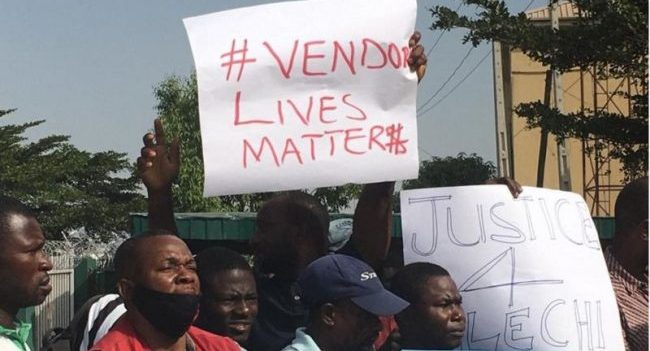 Members of Newspapers Distributors Association (ANDA), Abuja chapter, have concluded plans to protest the killing of one of their members, Ifeanyi Okereke, by a security personnel attached to the Speaker of House Representatives, Femi Gbajabiamila.

Okereke was hit by a stray bullet on Thursday when a police officer attached to Gbajabiamila opened fire to disperse the crowd who gathered around the speaker’s convoy near the Federal Secretariat in Abuja.

He died at the National Hospital where he was rushed to by his brother and colleagues after the incident.

The President of ANDA, Benji Obute, who disclosed this to journalists on Thursday, said members of the association would stage a protest at the National Assembly and the police headquarters on the incident later on Friday.

He asked members of the association to converge at Area 1 on Friday to start the protest, noting that no newspapers would be distributed until after the protest.

He appealed to media houses to cooperate with them to ensure that no paper is distributed or risk being sanctioned.

He said the wife of the slain newspaper vendor put to bed recently and the child’s naming ceremony was fixed for Saturday.