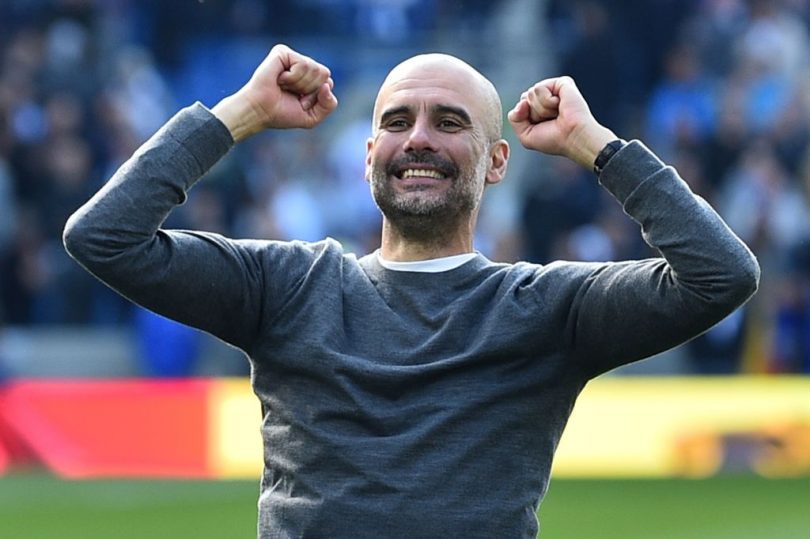 Manchester City boss, Pep Guardiola is not ruling out the possibility of winning three Premier League titles in a row after retaining the title on Sunday.

City battled against Liverpool for the top spot and successfully won the league after coming from behind to beat Brighton 4-1 at the Amex Stadium on final day.

Although Liverpool also won 2-0 against Wolverhampton Wanderers on final day, the Reds finished one point behind City in what was a historic and incredible title fight.

“To win the title we had to win 14 games in a row. This was the toughest title in all my career, by far,” said Guardiola.

“I have to say congratulations to Liverpool of course, thank you so much.”

It was the eighth time in the Spaniard’s ten seasons as manager that his side have won the league title.

Guardiola, who won three La Liga titles in a row at Barcelona and three consecutive Bundesliga titles with Bayern Munich, said that he expect next season in England to be tougher as City seek for a third title in a row.

“It will be tougher but we will be stronger too,” said Guardiola.

“When you can win two in a row I have the feeling that next season we will come back and try to be who we are right now.”

Next season begins in August.