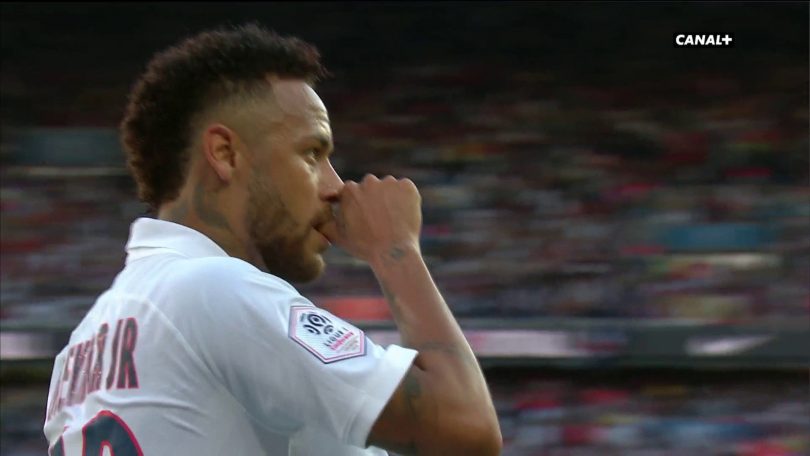 Brazilian forward, Neymar scored a fantastic winner for Paris Saint-Germain in their 1-0 victory over Racing Strasbourg in the Ligue 1 on Saturday.

Neymar, who was making his first appearance for the club this season, had been criticised by angry PSG fans after his failed attempt to return to former club Barcelona.

A PSG fans group, Collectif Ultras Paris (CUP), had released a statement bashing Neymar on his return to play at the Parc des Princes, and went on to boo the player throughout the game.

There were also chants and banners using vulgar language about Neymar, including a reference to the 20m euros he had reportedly said he would pay in order to join Barcelona.

But with the game heading to a goalless draw in the final minutes, Neymar took advantage of a Abdou Diallo cross and scored a fantastic bicycle kick goal to secure all three points for the hosts.

Here’s a clip showing the goal:

The Brazil forward missed the opening five games of the season while he tried to seal a move back to Barca.

There was a mix of cheers and boos after he scored the late winner.

Neymar has now been directly involved in 80 goals across all competitions for PSG since his arrival as the world’s most expensive player two years ago.

PSG will face Real Madrid in the Champions League on Wednesday, but Neymar will be unavailable because of a three-match European suspension.