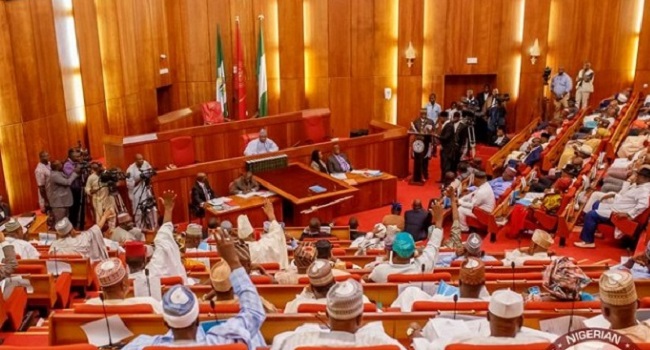 The Nigerian Senate has confirmed the appointment of Modibbo Tukur as the pioneer Director of the Nigerian Financial Intelligence Unit (NFIU).

The confirmation was made at plenary on Wednesday, after the presentation of the report of the Senate Committee on Anti-Corruption and Financial Crimes by its Chairman, Senator Chukwuka Utazi.

It would be recalled that President Muhammadu Buhari had in a letter to the President of the Senate, Dr Bukola Saraki dated January 7, nominated Tukur as the director of the NFIU, in accordance with Section 5(1) of the Nigerian Financial Intelligence Unit Act 2018.

Speaking after the confirmation, the President of the Senate, Dr Bukola Saraki congratulated Tukur on his appointment, urging him to remain neutral in his duties, as well as ensure professionalism at all times.

He said: “We moved for the independence of the NFIU which will help in the fight against corruption. I thank you all who participated in the creation of this unit.

“As has been said by some of our colleagues, this is a very important unit.

“We must ensure the neutrality, professionalism and independence of this unit because whatever it does reflects on the country in the fight against corruption,” he said.

He counselled the director to do the country proud in the discharge of his duties.

Before then, the NFIU was under the Economic and Financial Crimes Commission.