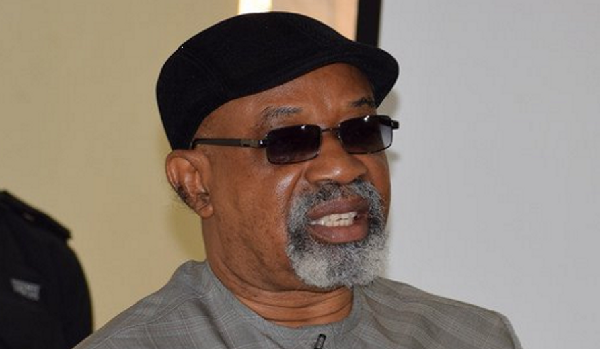 Minister of Labour and Employment, Senator Chris Ngige, has denied an earlier statement that Nigeria has surplus doctors, which had sparked off reactions.

Ngige had, on Wednesday, while speaking on Channels Television, said he was unconcerned about the migration of Nigerian doctors to other countries, claiming they were a source of foreign exchange.

In a statement on Thursday by his Special Assistant on Media, Nwachukwu Obidiwe, the minister explained that he didn’t say doctors were free to export their trade to other countries and make foreign exchange for the nation.

Ngige claimed he had been misquoted, clarifying that what he meant was since there was insufficient space for residency training for medical doctors in the country, graduate of medicine who could not find space for such training were free to seek such training in other countries and become professionals in their chosen field.

However, he insisted that Nigeria has enough medical personnel to handle non specialist areas in the rural areas of the country.

He said: “I speak from the vintage position of being a medical doctor and member, Nigerian Medical Association since June, 1979 and enriched by my vast knowledge on health administration, having retired as a Deputy Director, Medical Services and Training from the Federal Ministry of Health in 1998, member of Vision 2010 Committee on Health as well as senior member, Senate Committee on Health 2011-2015.

“Therefore, the truth no matter how it hurts, must be told and reality, boldly faced.

“I invite opinion moulders especially those who have spoken or written on this issue to watch the full clip of my interview with the channels.

“And it is for this reason that I admitted having a little cause to worry about brain drain among medical doctors.

“The fact is that while the federal government has recorded a remarkably steady improvement in our healthcare system, Nigeria is yet to get there.

“We do not at present have enough health facilities to accommodate all the doctors seeking to do tertiary specialist training (residency) in the Teaching Hospitals, Federal Medical Centres and few accredited state and private specialist centres in the country where roughly 20% of the yearly applicants are absorbed while the remaining 80%, try their luck elsewhere.”

He explained most of these rejected applicants usually throng the Federal Ministry of Health and Labour and Employment to complain of being illegally schemed out.

“What the Minister meant therefore is that these professionals have the right to seek for training abroad to sharpen their skills, become specialists and later turn this problem to a national advantage when they repatriate their legitimate earnings and later return to the country.

“Even where some of these doctors are bonded to their oversea training institutions, examples abound on the large number of them who have successfully returned to settle and establish specialist centres across the country. It is therefore a question of turning your handicap to an advantage.”

While insisting the problem was not limited to doctors seeking specialisation, he said young medical officers who graduate from medical schools spend two to three years looking for a space for Housemanship.

“Luckly, the Federal Ministry of Health in conjunction with the Ministry of Labour and Employment is developing a federal assisted programme for these young doctors and other allied health professionals such as pharmacists, physiotherapists in a move to broaden training opportunities.”

While insisting that Nigeria has enough medical personnels to man non-specialist centres in the rural areas, he said the problem of health care delivery in the country was the refusal of young doctors to work in the hinterland.

He said: “Even the National Youth Service Corps doctors, all, today seek postings to the cities as against what obtained some decades ago.

“Besides, doctors who did not get the few vacancies in the tertiary centres especially those owned by the Federal Government find it difficult to work in the rural hospitals.”