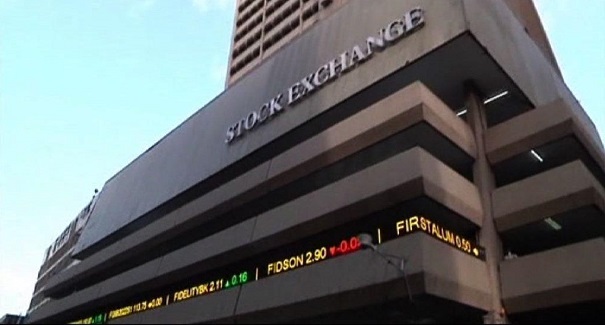 The week ended with the stock market recording 1.348 billion shares as total turnover in 21,581 deals, which is worth N12.140 billion.

In terms of volume, the Financial Services Industry, ICT, and the Conglomerates were the top three most active sectors this week.

Top equities for the week

Nigerian banks were gained the highest investment this week at the Nigerian stock market as Fidelity Bank, FBN Holdings and Zenith Bank were the top three equities.

Cutix stock value was up by N0.63kobo as the share price ended the week with N3.63kobo against the N3 it opened with.

John Holt closed the week with N0.73kobo per share after gaining N0.12kobo to move above its opening of N0.61kobo per share.

Sovereign Trust was part of the gainers list as its stock price rose by 15.38 percent to move from its opening of N0.26kobo to end the week with N0.30kobo per share.

Consolidated Hallmark gained 11.11 percent during the week as its share price rose to N0.70kobo per share against the N0.63kobo that it started this week with.

Redstar Express topped the losers list following a loss of N0.56kobo, which reduced its stock value to N3.11kobo at the end of trading, from N3.65kobo.

Eterna share price dropped to N6.39kobo by end of trade this week, having lost N1.11kobo from its opening share price of N7.50kobo.

Prestige Assurance share value also fell during the week, losing 10 percent from its opening stock price of N0.50kobo, to end trading with N0.45kobo per share.