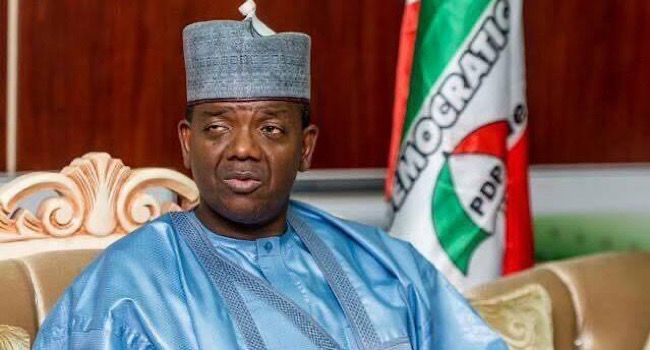 The National Human Rights Commission (NHRC), has called on the Governor of Zamfara State, Bello Matawalle, to change his strategies of dealing with ‘so-called’ repentant terrorists by granting them amnesty as that will embolden other criminals in the state to continue carrying out assaults on innocent citizens.

In a press release made available to Ripples Nigeria on Sunday, the Commission expressed concerns over the rising cases of kidnapping of students in the northern parts of the country, and called on security agencies to do everything possible to curb the spate of abductions.

The Commission added that Matawalle’s stance of negotiating and granting amnesty to the criminals has elevated criminality to a level where the terrorists now dictate conditions for negotiations with his government.

The NHRC, while reacting to the recent abduction of over 300 female students of Government Secondary School in Jangebe, Talata Mafara local government area of the state, said it was such an unfortunate situation where innocent students would be kidnapped with impunity by the terrorists while the government is insisting on granting them pardon.

The release signed by the Executive Secretary of the Commission, Tony Ojukwu, reads:

“The level of insecurity in Nigeria is getting worse by the day and as such, poses additional challenge to all the security agencies, particularly the Police, Department of State Service and Nigerian Security and Civil Defense Corps to do the needful to restore citizens’ confidence in government to protect them.

“Against this backdrop, we call on the security agencies to do all in their capacity to rescue the innocent school children so as not to adversely affect school enrollment in the state, thereby jeopardizing their right to education.

“The commission is also using this opportunity to call on the Zamfara state government to reconsider its concept of repentant bandits so that the state government does not elevate criminality to a level where bandits will be dictating conditions for negotiations with government.

“We appeal to the abductors to remember that the school girls in their custody are innocent and therefore do not deserve any form of violations or mistreatment, imploring them to ensure their immediate and unconditional release.

“The NHRC is also appealing to the parents and guardians of the distressed school girls not to lose hope in reuniting with their children and wards, as the relevant agencies of government both at the federal and state level are expectedly doing the needful to address the unfortunate incident.

“We reiterate the need for all the stakeholders to ensure the implementation of the Child’s Rights Act 2003, particularly rights to free and compulsory education at least up to Senior Secondary School level.

“This cannot be realised where the school environment is not safe and secure for a continuous learning.”