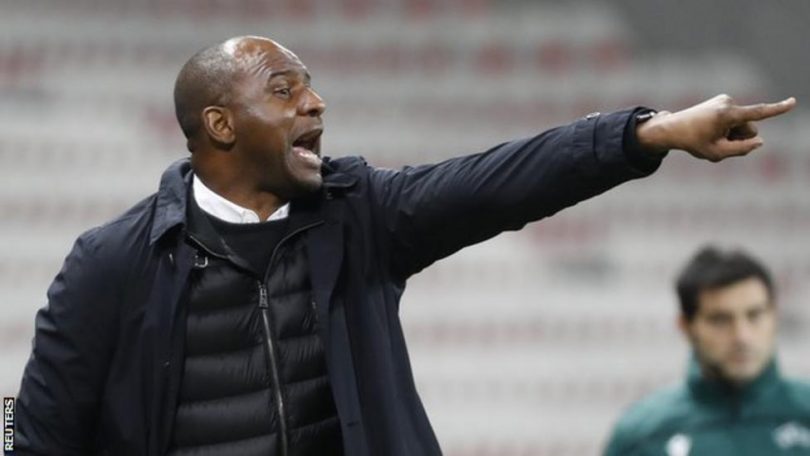 Ex-France international, Patrick Vieira has been shown the door by French Ligue 1 club, Nice following a run of defeats in recent times.

Vieira, who took over as manager of the club in 2018, has spent two and a half years at the club and was sacked on Friday.

Nice have lost five games in a row, including a 3-2 defeat by Bayer Leverkusen in the Europa League on Thursday.

The defeat to Bayer confirmed their exit from the continental second-tier competition.

Vieira, who led Nice to a seventh finish in the league last season following an abrupt wnd due to the coronavirus pandemic, has so far seen the club to 11th this season.

Vieira won the World Cup as a player with France in 1998 and featured for Manchester City, Inter Milan, Nice amongst others.

Adrian Ursea, who was assistant to Vieira, has taken over as head coach.