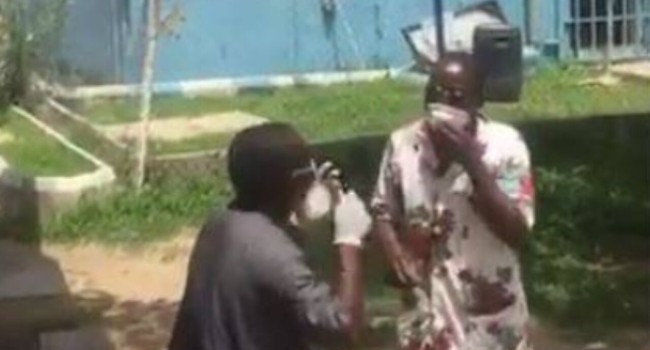 Some COVID-19 patients at an isolation centre in Niger State have protested the way they were being treated.

The patients, who were caught shouting on top of their voices, could be overheard in the video referring to the state as useless.

One of the patients, in reference to the health workers at the centre, however, said the officials were trying their best but remained helpless because they lacked protective equipment.

Read also: OSUN: Nonagenarian begs police to keep son in prison for as long as possible

The most vocal among them, who dared the person recording the scene to post the video on social media, asked that they be discharged if they could not be taken care of, threatening to discharge himself if nothing positive happens.

This is coming on the heels of a similar protest by COVID-19 patients at an isolation centre in Kwandon, Gombe State, where they trooped to the streets, protesting the way they were being treated, especially with regards to feeding.

LATEST TECH NEWS: Elon Musk looks to add videoconferencing to Tesla cars. 4 other things and a trivia you need to know today, May 7, 2020