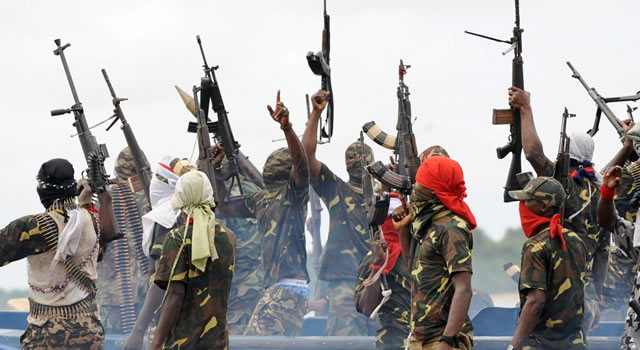 A warning has been directed to Northern youths for issuing an ultimatum to the Federal Government, to implement the now suspended Ruga settlement policy which has generated much controversy.

The warning was issued by Niger Delta militants which kicked against the 30-day ultimatum by the youths to President Muhammadu Buhari and the Federal Government to implement the Ruga settlement policy.

According to John Dukku, leader of the agitating militants in a statement issued on Sunday, it was unfortunate that the Northern groups would call for the implementation of a policy, that had been suspended and also issued a quit notice to Southerners resident in the region.

“The attention of the Coalition of Niger Delta Agitators has been drawn to the recent second round of 30 days ultimatum issued by the Coalition of Northern Groups (CNG) to the Federal Government to forcefully implement the suspended RUGA settlement for Fulani herdsmen across the country or they will resort to self help and destruction of lives and property of Southerners resident in the North.

“The Coalition of Northern Groups further issued an ultimatum to Southerners living in the North to vacate if their various state governments refused to donate lands to federal government for the implementation of its suspended Ruga settlement within the said 30 days.

Read also: Despite holding plenaries, Obaseki says Edo Assembly has not been inaugurated

“We are surprised that in a time like this when killings of innocent citizens is the order of the day by CNG brothers, we thought CNG and Arewa youths would have risen above ethnic sentiments to condemn the unprovoked killings and the high rate of poverty in the land, rather they are bent on worsening the already tensed situation by issuing unwarranted threat.

“While we see the recent RUGA settlement plan by the Federal Government as its plot to Fulanise and Islamise the entire country by proxy. We also want the CNG to note that there is no settlement in the entire Northern part of Nigeria allocated to any tribe or ethnic group of Southern origin by the federal government under any name or guise.

“Therefore the recent threat by CNG is ill-conceived and foolishly advised by their sponsors/war mongers who feel they are super humans.

“We therefore also want to re-echo that the entire South-South and Niger Delta would never part  with any of its land to Fulani terrorists no matter the amount of threat.

“We advise the Northern youths and the Presidency to build their planned Fulani settlements in Sambisa forest and stop chasing shadows as forceful implementation of such ethnic plan would only spell doom for the country.

“The Coalition of Northern Groups, Arewa Youths, MACBAN, Northern Elders, the Security Agencies and the Presidency should note that any Niger Deltan or Southerner killed by Northern youths as a result of this threat shall receive severe and adequate response from us’’, the militants stated.

BAYELSA GUBER: PDP youths rule out aspirants who have had dealings with APC