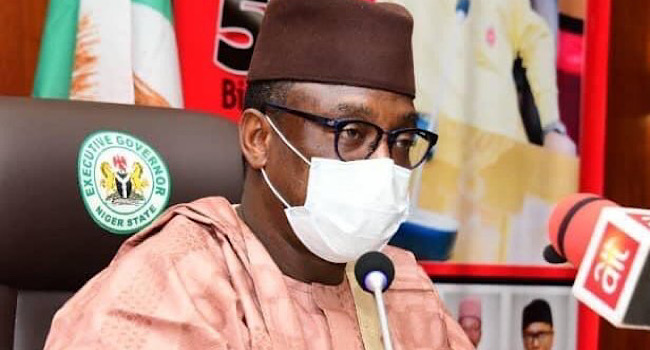 The Governor of Niger State, Abubakar Bello has come to the defence of Fulani herdsmen, blaming the nation for neglecting them over the years.

The governor also argued that herdsmen add to Nigeria’s Gross Domestic Product and can reduce the country’s unemployment rate, during a press briefing on Friday to give an update on the abduction of students and staff of Government Science College, Kagara in Rafi Local Government Area of the state.

Lamenting that much attention has been paid to farmers in the country while the herders were neglected, Governor Bello said he would be meeting with stakeholders at the grassroots to proffer solution to the insecurity in the state.

He said: “I have called for a meeting with all the first class emirs on Tuesday and all the Fulani heads to discuss. Sometimes, we need to understand ourselves to find solutions. May be they also have problems, may be. So, we need to talk to them to read their minds and to understand what their problems are, so that we can address it.

“So, they were moving from place to place with their cattle being attacked but now the time has come to stop all that practice, it is no longer feasible, there are no longer cattle routes anymore. As long as they move their cattle from different towns, different states, down South, there will be problem because there are no more cattle routes, population has increased, we are about 200 million now, more people are farming.

“We have paid more attention to farmers, all the programmes, all the incentives to farmers, zero to herders. They (herders) also add to the GDP, they also will increase our economy, they also can create jobs if planned very well. So, the time has come to look at them to capture them very well in the system and that must be done for an everlasting peace.”

Ripples Nigeria reported that the Bauchi State Governor, Bala Mohammed had lately risen stoutly in defence of herdsmen, claiming that they carry AK-47 for self-defense because the Nigerian nation has failed to protect them against cattle rustlers.

Several parts of the country have been engulfed in crisis occasioned by farmers/herdsmen, with the herdsmen variously accused of kidnapping, killing, rape and the destruction of farms across the country.

Alleged pension thief, Maina, who once jumped bail, begs for another chance