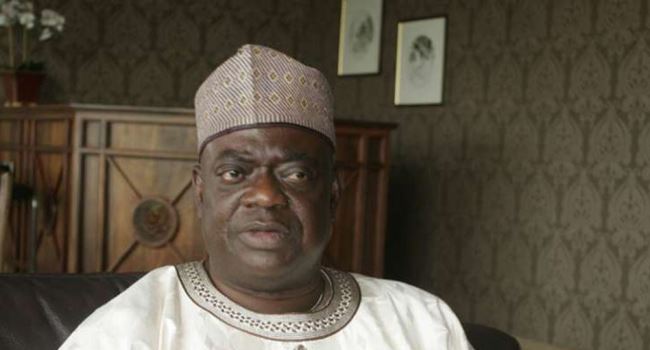 The PDP Publicity Secretary in the state, Yahaya Usman, who disclosed this to journalists in Minna, insisted that the ex-governor’s suspension for alleged anti-party activities is still in force.

He noted that Aliyu was suspended over his alleged role in the defeat of former President Goodluck Jonathan in the 2015 presidential election.

The ex-governor had claimed in a chat with journalists last week that 19 PDP governors in the northern part of the country resolved to work against Jonathan’s re-election bid after he reneged on a previous agreement by the party chieftains.

However, Jonathan had denied the statement and described Aliyu as a pathological liar and a backstabber who was looking for relevance.

Former governors of Plateau and Jigawa States, Jonah Jang and Sule Lamido also denied knowledge of the agreement cited by their colleague.

In confirming Aliyu’s suspension, Usman said the party’s leaders in the state’s three senatorial districts reaffirmed their support for the ex-governor’s suspension as the leader of the party in the state.

He said: “We now support Rivers State governor, Nyesom Wike, who said former Governor Aliyu owed the PDP an apology for admitting that he undermined the party in 2015 elections.

“We have been vindicated; we had told Nigerians that Dr. Aliyu betrayed us and worked for the ruling APC during the elections.

“We said it several times that he went as far as donating funds to the opposition party in the state.”