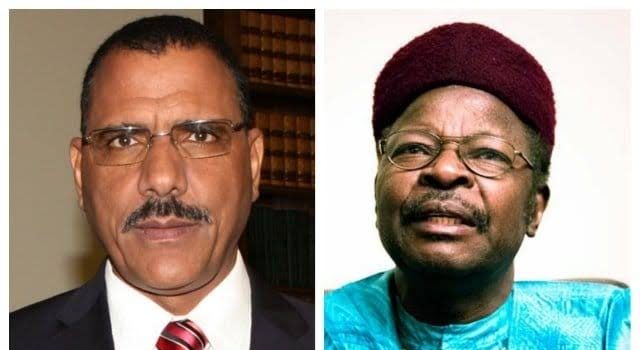 The presidential election in Niger Republic which was held on December 27, 2020, is heading for a second round run-off on February 20, as no candidate was able to clinch the needed majority for a first round win.

According to African News, former Prime Minister and candidate of the ruling party who was the favorite to win, Mohammed Bazoum, came first with 39.33 percent of the vote.

He will go head to head with former President Mahamane Ousmane, who came second with 16.99 percent of votes, according to results announced by the Nigerien Electoral Commission Saturday, January 2.

Bazoum who is the Interior Minister and a right hand man of the outgoing President Mahamadou Issoufou, was hoping for a one-touch victory in the first round, but will now have to seek alliances before the second round of polls on February 20.

Voter turnout was pegged at 69.67%, with 5.2 million voters out of 7.4 million registered voters for a population of 23 million.

Former Prime Ministers Seini Oumarou was 3rd with 8.95%, with Albadé Abouba, coming in at 4th, obtaining 7.07% of the votes, ahead of former Foreign Minister Ibrahim Yacouba, who was 5th with 5.38%, while another former president, Salou Djibo, was 6th with 2.99% of the vote.

This is the first time in Niger’s history that an elected president will succeed another elected president and a key hurdle for the winner of the February run-off vote will be to stem jihadist’s attacks in the Sahelian country that has killed hundreds of people.

How we rescued kidnapped Imo Bishop without any ransom– Police