Nigeria, 14 others to benefit from $320,000 AfDB grant to support women | Ripples Nigeria 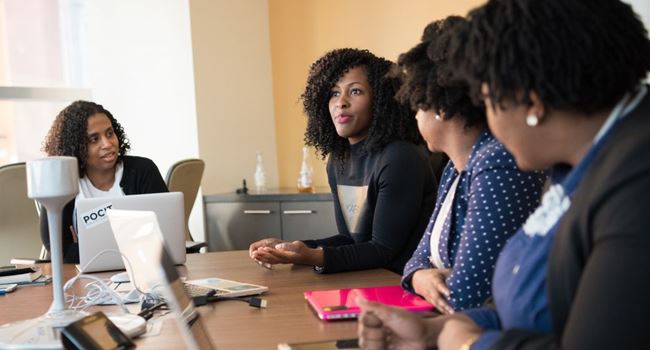 Nigeria, along with other 14 countries in the Economic Community of West African States (ECOWAS) are to benefit from the $320,000 funding from the African Development Bank (AfDB), aimed at supporting women in the region’s digital financial operations.

The Bank’s Board of Directors, on Tuesday, awarded the grant to the West African Monetary Agency (WAMA), to be disbursed through the Africa Digital Financial Inclusion Facility (ADFI), a blended finance vehicle, supported by the Bank.

The funds will support a gender gap analysis of several WAMA strategies including those for financial inclusion; gender disaggregation data analytics; digital payment services and infrastructure; and digital identity.

The project, which will be executed over a three year period, will potentially affect the lives of 350 million people in all 15 ECOWAS nations. Other nations to benefit from the funding include Benin, Burkina Faso, Cote d’Ivoire, Cabo Verde, Ghana, Guinea, Gambia, Guinea Bissau, Liberia, Mali, Niger, Senegal, Sierra Leone, and Togo.

Speaking on the facility, ADFI Coordinator, Sheila Okiro, said the project has the potential to raise women’s participation in the region’s digital financial market operations by 35 per cent, as it has a higher gender disparity than other parts of the continent as reflected in its Gender Development Index of 0.825 versus the African average of 0.871.

“With a secretariat comprising all the 15 ECOWAS central banks, WAMA plays a pivotal role in the consolidation and implementation of strategic financial inclusion objectives. ADFI and the WAMA project team will work closely with other ecosystem players in the region to ensure harmonisation of efforts for maximum impact,” she said.

Meanwhile, Africa has a gender-inclusion gap of 11 per cent as compared to the global average of nine per cent, according to the 2017 Findex Report.

To address this challenge, Okiro noted that it was imperative that gender is mainstreamed across all functions, especially at the level of policy and regulation.

Reps advocate for deduction of utility bills from accounts of MDAs