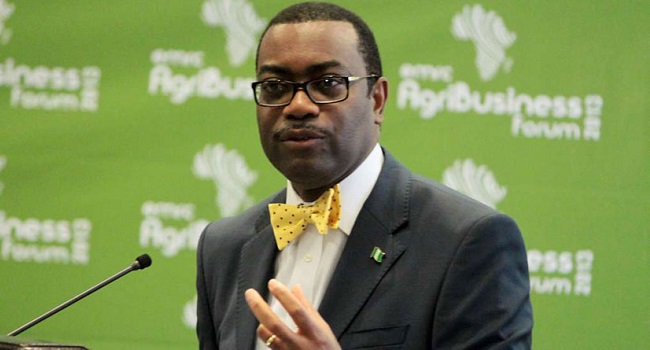 The African Development Bank (AfDB) on Tuesday said Nigeria accounted for $7bn of the $38.7bn inflows that were secured for the African continent at the maiden edition of the African Investment Forum held in South Africa in 2018

This was disclosed by the Senior Country Director for Nigeria at AfDB, Mr Ebrima Faal, in Abuja on Tuesday at a roadshow to promote the second edition of the forum coming up in South Africa in November.

According to him, the forum convened over 2,000 participants representing 87 countries, including eight heads of governments in November 2018 while deals worth a total of $46.9bn were discussed with 49 deals valued at $38.7bn secured.

He said, “At the 2018 Africa Investment Forum, West Africa accounted for 36 per cent of the deals that were closed. Nineteen projects worth $16.1bn were presented, of which 16 projects valued at $13.1bn secured investment. Our region grossed the highest value in deals, followed by the host region accounting for 22.7 per cent.

He added that the Africa Investment Forum aimed to change the face of investment in Africa by bringing together members with a vested interest in Africa’s growth and development through business transformation.

He described it as “a multi-stakeholder and multi-disciplinary collaborative platform for international business and social impact investors looking to invest on the continent. It is a highly-transactional marketplace dedicated to advancing projects to bankable stages, raising capital, and accelerating the financial closure of deals.

“This year, it is paramount that we not only maintain our place as a pacesetter but also collectively strive to improve on the quality and quantity of deals closed,” he noted.

According to him, even with gross international reserves of about $45bn and a pension fund of about N8tn, Nigeria will need a considerable amount of private finance to bridge its cumulative infrastructural needs of about $3tn by 2024.