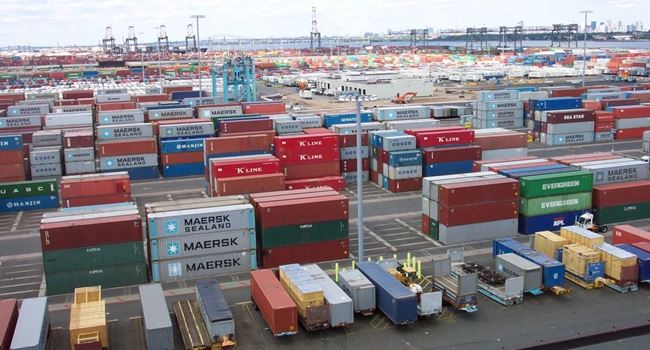 The 80,000 TEU capacity dry port has the NSC as the guarantor of its concession while the CRCC has emerged as the preferred bidder of the project, which will be executed via a public-private partnership agreement.

Rakiya Zubairu, spokesperson of the NSC, declared in a statement in Abuja that the port, when delivered, would offer answer to the issues of perennial port gridlock and the traffic jam in Apapa Lagos.

The council stated that the port infrastructure would handle cargos for import and export purposes while positioning south-west Nigeria as its target market.

“Among other uses, the dry port will provide a competitive cargo sorting centre, bulk breaking as well as cargo-tracking and truck management services.

“The Lagos-Kano standard gauge railway currently under construction is aligned to the proposed dry port, making it easy to convey cargo from the seaports in Lagos and to all destinations along the route,” Ms Zubairu said.

The construction is projected to adopt local content substantially at every phase of development and operation with the expectation to stimulate employment generation in Oyo State and neighbouring cities.

“Having concluded this stage, an updated full business case compliance report will be produced. A draft agreement will be presented to the Federal Ministry of Justice and sent to the Infrastructure Concession Regulatory Commission for vetting.

“After that, the Minister of Transportation will present the agreement to the Federal Executive Council. The concessionaire will then be taken to the site for sod-turning. It is expected that construction will commence immediately after the ceremony. The timeline for completion is 12 months,” she said.

The deal was midwifed by the Federal Ministry of Transportation with its Permanent Secretary and Director of Maritime Services, Auwalu Suleiman at the forefront of negotiations.