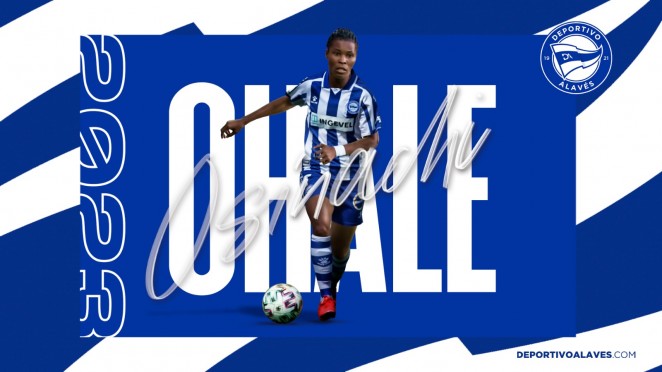 Ohale linked up with the Gloriosas from another Spanish club Madrid FF.

“Deportivo Alavés and Osinachi Ohale have reached an agreement whereby the Nigerian defender becomes a new Albiazul player for the next two seasons,” reads a statement on the club website.

”The new Gloriosas player also has experience in Europe, where she arrives in Sweden in the 2017/2018 campaign in the ranks of Vittsjö GIK and Växjö DFF the following season.

“The Nigerian defender moved to the Iberdrola League, where she played for CD Tacón in 2019/2020 and last season at Madrid CFF, after passing through Italy with AS Roma.”