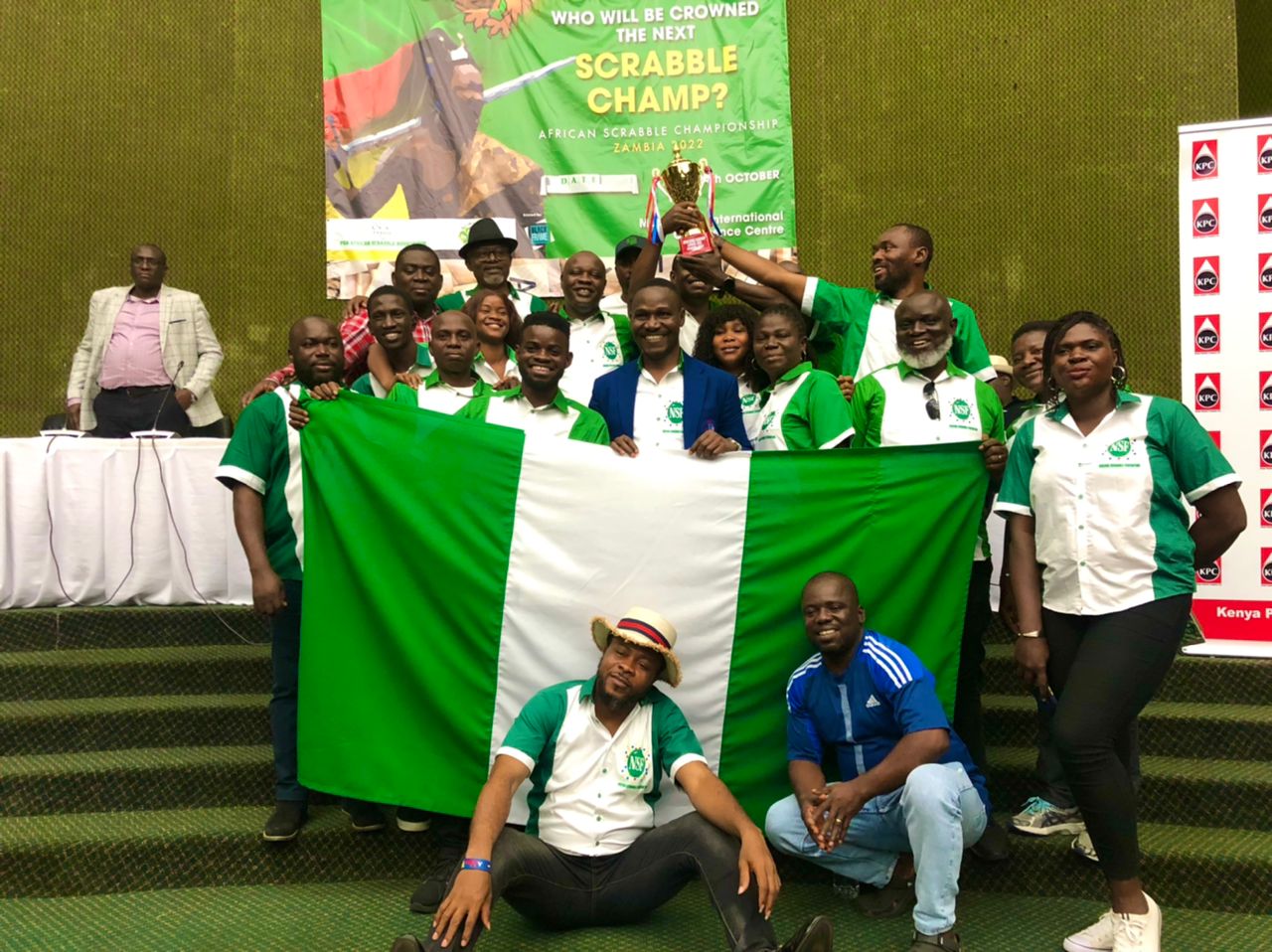 Nigeria has again re-asserted its dominance at sporting level in Scrabble as Enoch Nwali won the 14th edition of the African Scrabble Championship (ASC) which was concluded on Monday in Lusaka, Zambia.

The victory came barely 24 hours after Nigeria took over the political affairs of scrabble in Africa as Adekoyejo Adegbesan was elected President of the Pan Africa Scrabble Association (PANASA) after he defeated the incumbent Muhamed Kamara.

Nwali who is winning the title for the first time, defeated his closest rival and compatriot Wellington Jighere in a tightly contested round 31.

Wellington, a dogged master of the game trailed the young gun from day two closely expecting some slip-up from the frontrunner.

But round 31 became a threshold for both players as Jighere who won the African title back-to-back in 2008 and 2010 knew a defeat would be fatal to his ambition to make it three and the first to do so.

He would garner some pretty points in the early stage of the game as his younger compatriot tried to catch-up.

A quickfire of premiums in three succession with the word ‘TOUSIER’, ‘YEARDING’ and ‘EANLINGS’ propelled Nwali above Jighere as both players hunt for more points in the intriguing encounter.

At the end, Nwali would win the tie by a point as the final score stood at 514-513 after Jighere did some reconciliation for a possible scoring error which could drag the game further.

After the result was confirned, the score would push Nwali’s overall result to 25½ wins and 6½ losses with a monstrous 2,023 cumulative points and stamped his new status as the 11th Nigerian to have his name etched in history as a winner at the championship.

In May, both players had faced each other back in Nigeria at the “Sophomore” Emmanuel Egbele Annual Scrabble Tournament (EEAST) where the “Drummer Boy” triumph over the ” World Champ” at the final stage to win the tournament.

On the overall ranking, Jighere finished second with 22 wins and 10 losses while another Nigerian Prince Omosefe came third with same score but with lesser cumulative points.

His win in the Southern African country has now extended Nigeria’s dominance on the African scene to 13 wins from the 14 editions held so far since 1994.

10 countries featured at this edition while the 15th edition will be hosted by Sierra Leone in 2024.