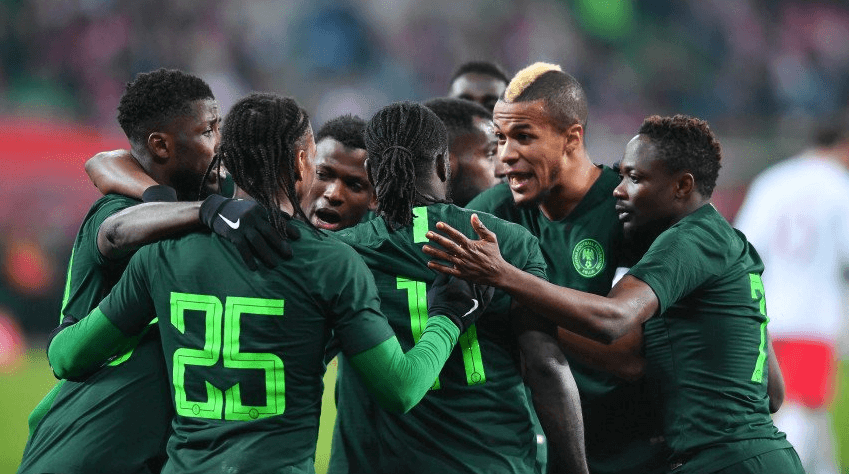 The Super Eagles of Nigeria dropped one spot from 47th to 48th in the latest FIFA world ranking released on Thursday.

Formerly on sixth position in Africa, the Super Eagles also dropped one spot in the continent as they have been overtaken by their West African rivals, Ghana, who leaped three places.

The Nigerian team recently lost two friendly games ahead of the World Cup, and did lose 17 points, falling from 635 of last month to 618 this month in the ranking.

World Cup holders Germany retained their position at the summit, followed by Brazil, Belgium and Portugal in second, third and fourth respectively.

Switzerland were ranked sixth and France seventh. Poland moved up two spots from tenth to eighth, while Chile retain their ninth position and Spain complete the top ten teams of the world.