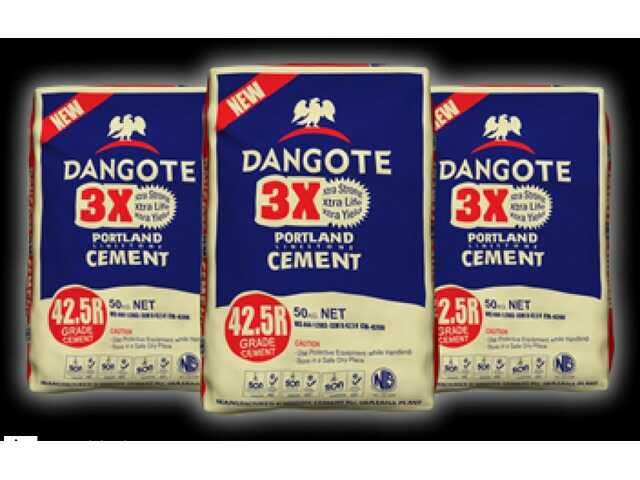 The federal government has given Dangote Cement permission to reduce its tax by N22.32 billion for helping in the construction of some road infrastructure.

The Federal Inland Revenue Service (FIRS) which issued the cement giant the tax credit certificates said they are for the construction of Apapa-Oworonshoki-Ojota road in Lagos and the Lokoja-Obajana-Kabba road spanning Kogi and Kwara states.

In 2019 also, Dangote was issued a tax credit certificate for the Lokoja-Obajana-Kabba road construction worth N9.5 billion.

According to the FIRS chairman, the Federal Government took the action to compensate Dangote Cement, by issuing the certificates to cover for the tax that Dangote Cement would have paid.

“Government came to that reasoning that if we could encourage local investors to do the needful and of course under an agreement with some due monitoring and approvals, then some of the monies they would have accrued back to government as taxes they would have paid” Nami said.

“It will be in the interest of the government that other investors, business entrepreneurs, and companies take advantage of this key initiative such that Nigeria can develop faster than the government would have done alone”.

“We are hoping that this arrangement will be taken to another level, we also believe that this will spur other business players out there to come and take advantage of it,” he added.

Issuance of tax credit certificates was made possible by Executive Order 07 of 2019 signed by President Muhammadu Buhari which is about road infrastructure tax credit. What that entails is that companies are encouraged to develop infrastructure around them as long as it will enhance their delivery, their business not to take over the responsibility of the government because it will ultimately impact on the immediate environment, the government is supposed to take care of.