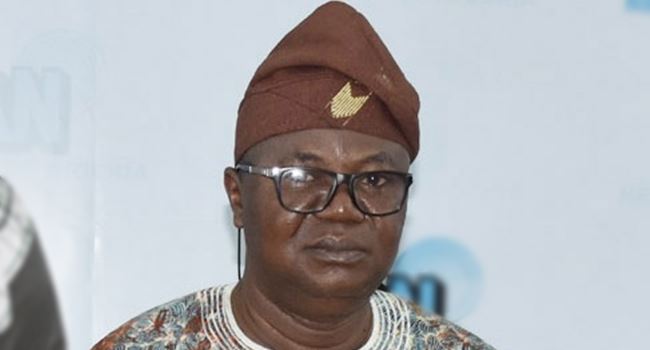 The Academic Staff Union of Universities, ASUU, has declared that Nigeria has not grown beyond the conquest subjugation orientation of colonial rule evident in police and military brutalisation of the civilian populace.

ASUU made the comments in a statement issued on Friday by its president, Professor Biodun Ogunyemi, who condemned in strong terms, the manner in which the government handled the Lekki incident which led to loss of lives.

The union in the statement thus urged the Federal government to immediately, employ measures that would fish out the culprits and bring them to justice in order to calm frayed nerves.

According to Prof. Ogunyemi, the governments’ response over the #EndSARS protests, especially the killings of protesters at Lekki tollgate, showed that the future of Nigerian youths was under threat.

He said: “From all indications, SARS had become an instrument of oppression; intimidating, extorting and killing innocent youth and citizens on trump charges.

“Those who survived the SARS experience tell gory tales. Mere name-changing of the killer-organisation (SARS) is therefore not enough to erase the deep-rooted impression of betrayal by a security outfit supported with tax-payers’ money.

“It will certainly not end the cruel murders widely perpetrated by SARS now changed to Special Weapon and Tactics (SWAT).

“ASUU notes with regrets that Nigeria has not grown beyond the conquest subjugation orientation of colonial rule evident in police and military brutalisation of the civilian populace.

“Indeed, Nigeria’s approach to security will endure only when it evolves within the prism of the fundamental objectives of the Nigerian state which situate security in the deep bowels of welfare and good life for the citizenry.

“Government after government has distributed the wealth created by workers to the rich and powerful (in all parties and all regimes).

“To confront our monumental security challenges, the conditions of life of the suffering Nigerians, not the rich and powerful, should be the starting point. Nigeria’s constitution states clearly that the Nigerian state must be a welfare state.

“The youth’s response is a reflection of the suffering imposed upon them by Nigeria’s rulers and their partners from Europe and America. It is a suffering Nigerians of all ages are all experiencing.

“The youth’s ongoing protest is a challenge to those who hold political power to urgently and rightly address the core issues of poverty, homelessness, unemployment, poor education, and lack of access to social services such as adequate healthcare, good roads, housing and electricity for majority of Nigerians.

“The youth are carrying the burden of resistance, a burden which they have taken on behalf of other classes of the Nigerian society.

“The labour movement, the professional groups, the peasant farmers, the artisans, and the intellectuals must defend the rights of the people as guaranteed by the Constitution as the youth have done with the peaceful protest. It is a challenge to all those who want genuine change in Nigeria. We must intervene in manners that bring lasting impact; lest the genuine struggle of our youth is hijacked by self-seeking opposition politicians and miscreants as already happening.

“The future of the young people in Nigeria is threatened. They are living in conditions of hopelessness, disintegration of families, and despair about the present and the future.

“So long as the prevalent deprivations persist, lacking a hope for a better satisfying life conditions, it is expected that they will lose confidence in the present set up.

“The solution is, therefore to embark as, an emergency, on a series of public programmes of economic and social welfare, as provided for in Chapter Two of the 1999 Constitution (amended) – provision of state-funded qualitative education, mass employment as well as other life-enhancing opportunities that characterise a welfare state,” he concluded.