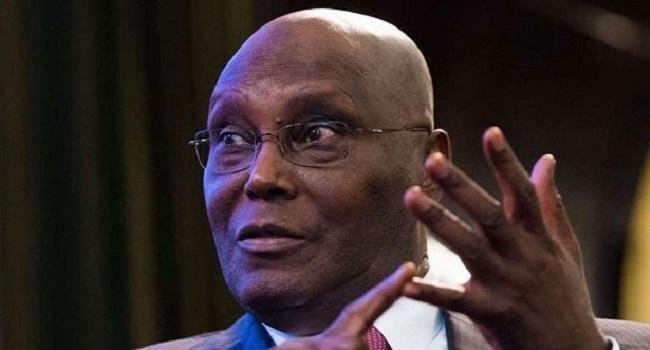 Former Vice-President Atiku Abubakar has lamented the number of loans Nigeria had taken in the last three years under President Muhammadu Buhari’s administration.

According to the former vice president, in the last three years alone, the country had borrowed more loans than it did in 30 years.

He disclosed these in a speech he delivered at the 14th Founders’ day ceremony of the American University of Nigeria, Yola, Adamawa State.

Atiku, who was the presidential candidate of the Peoples Democratic Party (PDP) in the 2019 general elections, said the development was revealed to him by a former Chief Executive Officer of Nigeria Economic Summit Group (NESG), Prof. Anya O. Anya.

He said there was no justification for a government to take loans to pay salaries when it was not investing for the future generation.

He said: “Two weeks ago, a friend of mine, Prof. Anya O. Anya, revealed that Nigeria has taken more loans in the last three years than she has taken in the 30-year period preceding 2016.

“I am a businessman. Perhaps the first lesson one learns in business is that you do not take loans except it is to expand your business. There is no justification for taking out loans to pay salaries; meanwhile, you are not investing in your future generation.

“Nigeria’s greatness is not as tied to her elders as it is tied to her youth. That is where our investments should be focused on.”

He added that Nigeria’s budget on education in the last four years has shown that “developing the minds of our people has not been the priority of the nation’s leadership.”

The ex- vice president comments came on the heels of Buhari’s request to the Senate to approve about $30billion external loan which the 8th Senate rejected.