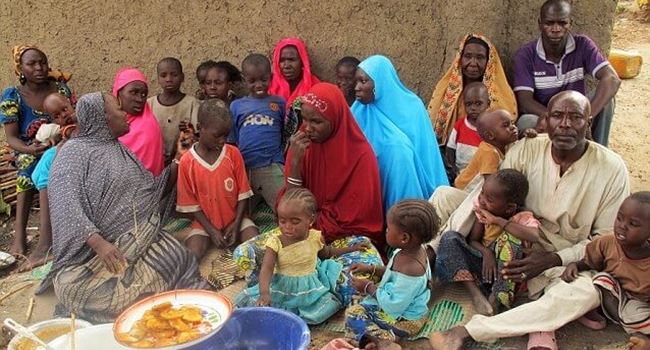 Northern Nigeria produced 87% of Nigeria’s poor population in 2016, a recent report from the World Bank has said.

It observed that Nigeria “hosts more of the world’s extreme poor today than any other country,” further saying that “Nigeria ranks among the worst seven performers in the World Bank Human Capital Index and the poor lag far behind the rich in every human capital outcome.”

The report blamed Nigeria’s escalating poverty rate on factors ranging from unemployment, underemployment and employment in low-productivity jobs to income inequality, conflict and climate change, particularly in the North-East.

According to the World Bank, “Despite its middle-income status, almost four out of ten Nigerians lived below the national poverty line in 2016.

“Measured at international poverty line of US$ 1.90 per day, Nigeria is home to the largest number of extremely poor people, overtaking India in 2018.

“Nigeria’s poverty rate measured at US$ 1.90 per day was almost 50 per cent in 2018, considerably higher than its neighbours.”

The World Bank said the South-South geopolitical zone posted the most significant drop in the poverty rate in the country between 2011 and 2016.

“Poverty rates in the southern zones were around 12 per cent with little variation across zones. The south-south zone saw the most significant drop in poverty from 2011-2016. Poverty was significantly higher in rural areas of the country in 2016.

“An estimated 64 per cent of all poor lived in rural areas and 52 per cent of the rural population lived below the poverty line in 2016. In contrast, the poverty rate in urban areas remained stable at 16 per cent between 2011 and 2016.”

The report equally affirmed that poverty reduction efforts in the country had been less responsive to economic growth, compared to other countries in the West African region and other lower-middle-income countries.

This it said in the context of the 8% average annual growth rate Nigeria posted between 2004 and 2014.

The World Bank asserted that poverty is at a high level in Nigeria because of its dire social service delivery outcomes and a dearth of basic infrastructure, stating that Nigeria accounts for the highest number of out-of-school children of primary school age in the world, a figure that currently stands at 9 million.

The report said Nigeria’s spending on social protection is the lowest among lower-middle-income economies and its regional peers with subsidies taking up its fiscal space. Only 0.3 per cent of the country’s GDP goes to social safety net programs, it said.

“Instead, successive governments have aimed to provide benefits to the population in the form of lower fuel prices, which can directly affect welfare through savings in the purchase of fuel, as well as bring indirect benefits through lower costs of transportation,” it said.

“However, while this is certainly a very valid objective, the regressive nature demands that subsidies be better targeted.60 International experience shows that fuel subsidies not only constitute a significant drain on fiscal resources of the three tiers of government but are also inherently regressive, allowing larger and richer consumers to capture most of the benefits.”