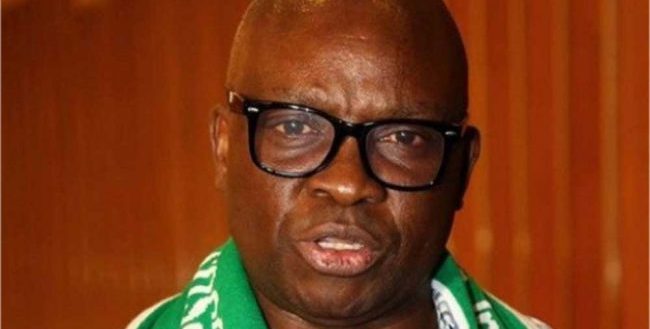 Ekiti State governor, Ayodele Fayose has lamented that democracy in Nigeria, under President Muhammadu Buhari, is under serious threat, with the constitution appearing to have been suspended.

Fayose accused Buhari of destroying the legislative and judicial arms of government and currently running a full-fledged dictatorship government.

“The once respected National Assembly and Judiciary have been so badly blackmailed such that for the first time in the history of Nigeria, functionaries of the executive arm of government now hold the two arms of government with contempt, treating them as if they do not exist. Even those who invaded the Senate and took away the Mace are being protected by President Buhari and his men,” he said.

Fayose stated this in a statement by his Special Assistant on Public Communications and New Media, Lere Olayinka.

Noting that the legislative and Judicial arms are the pillar of democracy, he said, “Even when Nigeria was under military rule, our judiciary was not this ridiculed, with the government choosing which court judgment to obey and which one to ignore.”

He added, “President Buhari’s persistent refusal to obey court orders, refusal of the his men to obey summons by the National Assembly and most importantly the withdrawal of $496 million from the Excess Crude Account (ECA) without approval of the National Assembly and inspite of pending court case are indications that the constitution has been suspended and Nigeria returned to full-fledged dictatorship.”

Governor Fayose described the Senate President, Bukola Saraki as the most subdued National Assembly leader in the history of Nigeria, saying; “Should President Buhari succeed with his second term bid, no one should bother going to the National Assembly because he will rule like a feudal lord, with general authority over other Nigerians.

READ ALSO : Don’t be misled by ‘ignoble’ Obasanjo, ‘the Yoruba race is with Buhari’- Yoruba group

“Democracy is endangered when the executive arm of government goes about demonizing the Judiciary as being corrupt and the National Assembly tagged as a gathering of rascals who are contributing nothing to governance.

“Unfortunately, that is what the Legislative and Judicial arms have suffered under this government.”