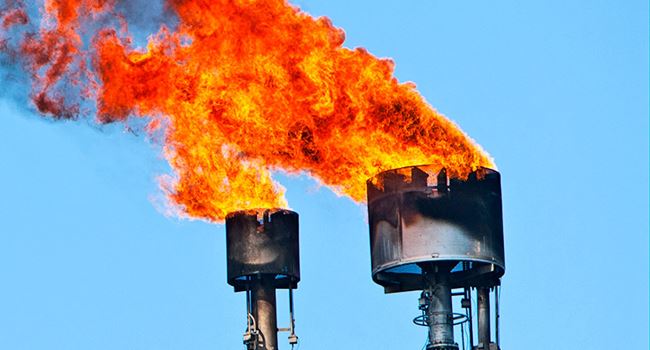 Gas flare actions across oil and gas sites in the country cost Nigeria $779 million in the first half of 2020, data from Nigerian Gas Flare Tracker website, a unit of the National Oil Spill Detection and Response Agency, showed on Thursday.

The volume of the wasted gas, put at 222.8 billion standard cubic feet (bscf), is worth N302.2 billion in local currency using the official rate of exchange of the U.S. dollar.

Onshore oil and gas sites accounted for 60.95 per cent with the rest 39.05 per cent coming from offshore operations, all summing up to 11.8 million tonnes of carbon dioxide (CO2) emission, said the tracker, raising fears of escalating health hazards and environmental pollution in the Niger-Delta.

This lost volume is capable of generating 22,300 gigawatts hours (gwh) of electricity.

Gas flared by onshore sites came to 135.8 bscf January through June just as the figure for their offshore counterparts stood totalled 87 bscf.

For the unethical practise, the penalties payable by the culpable companies to the Nigerian government was estimated at $445.7 million (N172.709 billion).