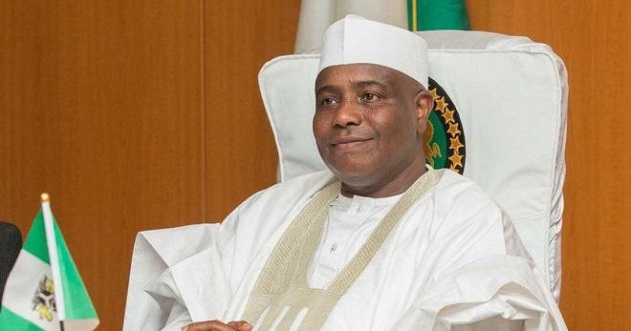 A former Speaker of the House of Representatives, Aminu Tambuwal, has said Nigeria’s unity is being eroded under the administration of President Muhammadu Buhari.

Tambuwal, who is the governor of Sokoto State and a presidential aspirant under the Peoples Democratic Party (PDP) stated this in Benin City, the Edo State capital, where he had gone to woo delegates of the PDP ahead of the party’s presidential primary, adding that the state of affairs of the nation has become pathetic under Buhari.

According to him, the ship of state was drifting aimlessly, insisting that the country was more polarized than ever as a result of the bad policies of the ruling APC.

Tambuwal further revealed that the kind of president Nigeria needs is a leader who understands the complexity of the nation and will act as a unifier of all the different religions as well as the northern and southern parts of the country.

Read also: 2019: ‘You have my blessings’, Babangida tells Tambuwal

Speaking further, Tambuwal slammed President Buhari, saying it is very unbecoming of the president to denounce the judiciary as corrupt, adding that such a careless statement was capable of scaring the much needed investors away from the country.

He said: “The ship of state is drifting. We are losing our unity as the country is highly polarized. We need a leader who understands the complexity of our country, a unifier; a leader that can take Nigeria out of the woods. No investor will come and invest in a country when the leadership says that the judiciary is corrupt.”

The former Speaker of the House of Representatives explained that being a lawyer, he knows the workings of the judiciary and haven been a federal lawmaker he was abreast with the legislative arm of government while experience gathered in the last three years as governor will be handy when he becomes president.

He also condemned the recent invasion of the National Assembly by hooded operatives of the Department of State Service, DSS, saying it was the second time it was happening.

Tambuwal said: “I will not invade the National Assembly when I become president. It is not in the national interest of our country and polity. If there is a problem with the other arms of government, I will sit down and iron out the differences. I will swallow my pride and negotiate with the lawmakers when there are differences.”