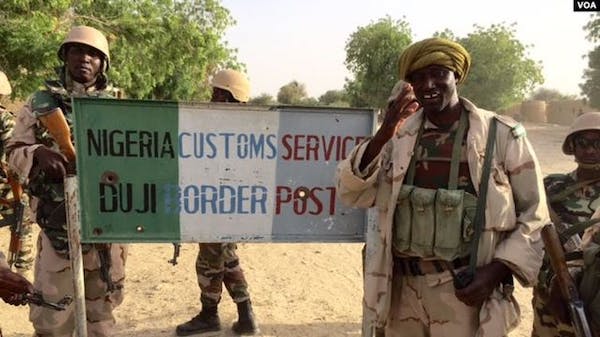 About two months ago, the Nigerian government announced the closure of the country’s land borders to all goods. According to the country’s Comptroller-General of the Customs Service, Hameed Ali, this was done to stem the influx of smuggled goods, especially rice and tomatoes, into the country.

The border closure is an economic aberration as most countries don’t usually close their borders for trade-related reasons. They do so, as in the cases of Sudan, Rwanda, Eritrea and Kenya, when their security is jeopardised. They also sometimes do so during disease epidemics, such as Ebola, that have the potential to spread across borders.

So, what does Nigeria stand to gain from this unprecedented measure? Ali pointed out that the border closure has significantly increased revenue from import duties. This increase in revenue is a welcome fillip for a country struggling to close the 2019 budget deficit of a whopping 2.18 trillion Naira. This represents about 2% of the country’s 2018 nominal GDP of 127.8 trillion Naira (about US$397 billion).

In touting the gains from the border closure, however, its latent costs should not be ignored. There are reports that the closure has set the country’s inflation rate on an upward trajectory. The inflation rate, which has been declining since April 2019, rose to 11.24% in September, driven mainly by sharp increases in food prices, the highest since June.

If the closure persists and causes sustained increases in food prices, Nigeria could see more people driven into poverty. This would result in an increase in the country’s poverty rate of about 50%. The potential to disrupt the economic lifelines of many traders who depend on legitimate cross-border trade is real.

For these and other reasons, Nigeria has no choice but to address the real problems of cross-border smuggling rather than its symptoms. At the heart of the problem is a network of wealthy smuggling cartels facilitated by corrupt border officials.

Thousands of Nigerians, especially women, engage in buying and selling of consumer goods around the border areas. They buy at low prices in one country and sell at higher prices in another. Black market foreign exchange dealers thrive at border posts.

For a country with limited employment opportunities in the formal sector, the informal activities along the borders are instrumental for the survival of many poor Nigerians.

The inability of the formal sector to absorb a growing labour force, coupled with a freeze in public-sector employment under recent economic reforms, has resulted in a bloated informal sector. This is estimated to be about 65% of the country’s GDP – the largest informal sector in sub-saharan Africa.

Informal trade along the borders is carried out by hawkers of assorted goods such as textiles, footwear, alcohol and non-alcoholic beverages. There is also trade in food, fuel, transport services and foreign currencies.

The poor in Nigeria typically don’t engage in large-scale smuggling. They lack the means of acquiring, transporting and warehousing large volumes of smuggled goods. Some poor unemployed Nigerians may engage in petty and innocuous smuggling, as a means of survival. But they are paying the price for the border closure, while those responsible for the worst cases of smuggling live comfortably.

Apart from its domestic implications, the border closure is also inconsistent with the spirit of regional economic integration. Nigeria spearheaded the establishment of the Economic Community of West African States (ECOWAS) 44 years ago with the major goal of a “free trade area” among member countries.

Nigeria’s unilateral decision reinforces the general notion that the regional bloc has not been successful at freeing up the movement of goods, services and even people within the sub-region. If that were the case, Nigeria would have coordinated its efforts at curbing smuggling with other member states.

To combat smuggling, for instance, Hong Kong’s strategy includes profiling all goods vehicles and private cars crossing the border. Detailed inspections are only carried out on high-risk vehicles. X-ray scanners are used to detect concealed compartments of vehicles. But all this technology is of little help without a professional and incorruptible cadre of customs officials, which Nigeria lacks.

Anyone who has travelled through Nigerian land borders would be perplexed by how unprofessional the Nigerian officials are. When I travelled in a bus from Accra to Lagos a few years ago, we were stopped at Seme on the border between Nigeria and Benin Republic. After a brief inspection of the bus, customs officials accused the driver of transporting contraband goods.

The same bus had been inspected a few hours earlier by Ghanaian, Togolese and Beninoise customs officers on our way from Accra, who found no contraband. Instead of impounding the contraband, the officers instead asked the driver to “settle” the matter. Apparently, the “settlement” offered by the driver was not sufficient, and the bus was not allowed to proceed to Lagos.

Apart from this, the country’s land borders are very porous. There are many illegal paths through which smuggled goods can be transported. No travel documents are required on these routes and there are no checks.

Without addressing the problems of an inept customs and immigration machinery, as well as the porosity of Nigerian borders, one would only be treating the symptoms of the disease. Solutions might include the recruitment of a new cadre of customs officers, who would be trained to combat smuggling and abhor corruption.

Otherwise, when the borders are eventually reopened, the government would be handing them back to the same officials who have profited for years from smuggling.