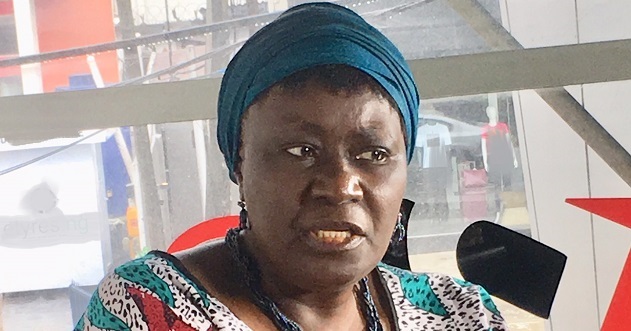 A presidential aspirant of the KOWA Party in the 2019 general elections, Prof. Remi Sonaiya, has said it is important for the Nigerian government to begin to assess workers’ performance in the country before it gives out remuneration.

Sonaiya, who is the only female candidate that contested against President Muhammadu Buhari in the 2015 presidential poll, made this known while featuring in an interactive session with Ripples Nigeria’s team on her presidential ambition on Saturday in Lagos.

According to her, while some Nigerians were working hard for the progress of the nation, some prefer to stay idle which, she said, was negatively impacting on the productivity of the nation.

She called on the Nigerian government to come up with models to evaluate individual’s inputs.

“Somebody is constantly out of the office, the other one is working hard, what kind of nonsense is that?” she asked.

Speaking on the Federal Government’s National Social Investment Programme (NSIP), the Professor said the government was dignifying poverty by giving out cash gifts to the poor, stressing that only sustainable systems could address the lingering poverty in the land.

“Set up systems if you want to help the poor, do not add indignity to poverty. Where policy works, the politicians don’t give people money, people give out money in support of the government,” Prof. Sonaiya said.

Sonaiya, while reacting to allegations that she was being sponsored to contest for the office of the presidency, simply said “if someone says I am being sponsored, then the person is wicked.”

She lamented that she faced a lot of hurdles during the run-up to the 2015 presidential elections, and had to spend her personal funds amounting to millions of naira to prosecute her campaign for the presidency.
According to her, many problems confronting the nation could be traced to lack of inspiration in successive administrations, adding that her decision to contest for the position had inspired many young people to aspire for various elective positions in the country.

She added that if she emerges as the president of the nation, she would introduce state of residence rather than state of origin to further boost the chances of people who had stayed out of their state of origin for so long but aspire to lead.

“If someone has stayed in a particular state for over five years, such person should be allowed to contest in any elective position in the state,” she said.