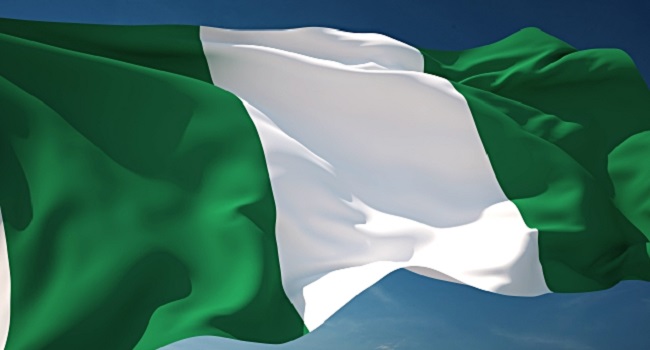 “We must make sure about two things, namely: that our principles are just and that are methods are practical; for nothing destroys her own ends as unjust principles and impractical methods and approach.” -Obafemi Awolowo.

Twenty three years ago, yours sincerely authored an article on one of Nigeria’s never-endingDevelopment Plans. The intervention, entitled, ‘Vision 2010 Hath No Fury’ (Nigerian Tribune, May 27, 1997) particularly frowned at the vagueness, inconsistency and lack of capacity to follow through that have attended such efforts in the past. It therefore urged Nigeria’s leaders to embrace pragmatism, pay systematic attention to detail and concentrate on basic directions and overriding priorities in their efforts to reposition Nigeria for greatness.

Expectedly, ‘Vision 2010’ went the way it came! Then entered ‘Vision 20:2020’! Again, this is Year 2020, which means this ‘Vision’ is also dead and, its carcass, interred! But, like a nation in search of hope, a new effort, tagged ‘The 2030 Agenda for Sustainable Development’ is now on the plate, with 17 objective goals to aspire to! Will Nigeria get it right this time? Or, is it yet another trip to crass bureaucratic exercises, aimed at stealing Nigeria’s resources dry, robbing it of development and making it sicker? Anyway, one can only hope that ‘The 2030 Agenda’ would, this time, go beyond another government policy statement in writing, signifying nothing, especially, after the taxpayers’ money will have been spent to pay per diem, to talk and to drink tea, on the road to 2030.

Well, it is not a big deal for policies to fail because we are dealing with human beings. But, when a policy fails, the remedies to it are not rocket science, because it is easier for smart leaders to go back to the drawing board. However, when self-conceited, arrogant, and, perhaps, sometimes, ignorant leaders are in charge, they find it difficult to admit that a policy is even wrong and should be investigated for revitalization or reinvigoration. This boils down to selfish, parochial interests of a few cabals in government that are at variance with the interests of the masses. If there is a policy failure, it is our duty to go back to why it was formulated in the first instance; then, begin to check its building blocks, until we get the answer. After all, the essence of governance for any functional government is to be ahead of its people in terms of wisdom and intelligence, using, judiciously and, most efficiently, the resources of the state.

Policy precariousness! Misdirected prayer points! Talking without accomplishment! It has always been the practice in Nigeria, and, in most African countries, for governments to come up with policies without recourse to the historical antecedents of the extant policies. This is even more so when it is the same party in government. This therefore means that everybody has one idea or the other that he or she wants to push! But, rather than make that idea to integrate with what’s on ground, people come up with something that yanks off what those who came before them might have experimented with. When people run policies without understanding what they mean, or the roles they are expected to play, that is a clear invitation to disaster. This is because, sometimes, we treat the symptoms, not the real issue, and apply medicine to ailments after the patient is dead. It is so unfortunate!

In a well-defined Public Administration system, there is always a feedback loop. But, in Nigeria, it is seldom used, primarily, due to opacity and lack of credible information, critical thinking, fact-checking and good governance in the public space. Here, most of the visions or policies can be described as the enabling tools and catalysts for the ‘democratization of corruption.’ It is a situation whereby successive governments come up with a change in the nomenclature of the Ministries, Departments and Agencies (MDAs) without any tangible change in their structures. In other words, the name will change, but the essence of that very structure remains! At best, there will be job enlargement, not job enrichment, for officers of the bureaucracy.

In fairness to Nigeria, her problems bear testimony to her becoming a guinea pig for the trial of all kinds of policies, development plans and reforms, under different shades and guises. The ‘1946 Ten-Year Development Plan for Nigeria’, ‘1962-68 National Development Plan’,and ‘1968-73 Guidepoints for the Second National Development Plan’! Nigerians have had the ‘Ethical Revolution 1980-2000AD’, and ‘Housing for All by the Year 2000’! But, where have they landed us? Nigerians have been SAPed; and SFEM has happened to us. For quite some time, our governments have also been VATing us; and it seems as if there’s no end in sight. Still, it’s been all motion, no movement!

Olusegun Obasanjo’s ‘Operation Feed the Nation’ only fed the bourgeoisies, the oligarchs and, of course, ‘Obasanjo Farms’ in Otta while Shehu Shagari’s ‘Green Revolution’ merely found new strengths and aspirations in the deforestation and pronounced desertification of Nigeria’s land and vegetation. As for ‘Vision 2010′, it was such a dilemma and a promise that it couldn’t even visualize the vision behind its mission while ‘Vision 20:2020’ has now been trapped in the vortex of platitudes in an atmosphere of policy summersault. The cumulative impact of most of these largely unproductive visions was what found full expression in the ‘ingenious policy innovations’ by thoroughly ill-equipped successive administrations.

According to Jesse Stoner’s definition, a vision must have purpose, picture and values. Since it has to do with “knowing who you are, where you are going, and what will guide your journey”, there must be content, commitment and ‘alignment in the expectations.’ Even at that, it has been argued that it is not so much about the reforms, but the transformatory capacity of the intended reforms; and not so much about the policies, but so much for the actual implementation of the contents of the policies. For ‘The 2030 Agenda’ to become an attractive option therefore, the fine balm of citizens’ awareness, needed collaboration and decisive intervention must be sought and obtained. Until issues revolving around basic infrastructure like power, road and security are adequately defined and addressed to bring about a vivid renascence experience in policy formulation and implementation, successive administrations will continue to ‘mean well’ for the citizenry while mishandled implementation processes will continue to render assiduous efforts at development a pipedream