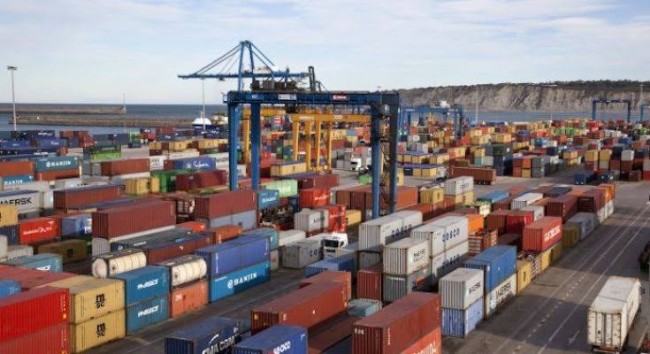 The United Kingdom has launched a developing country trading scheme (DCTS) that will see Nigeria and others export to the country duty-free from 2023.

The British High Commission made the announcement on Wednesday in a statement to journalists.

According to the commission, the scheme launched by Anne-Marie Trevelyan, Secretary of State for International Trade of United Kingdom cuts tariffs on hundreds of more products exported from Nigeria and other developing countries.

It also noted that the scheme of free tariff goes further than the European Union’s generalised scheme of preferences.

This is in addition to the thousands of products that developing countries can already export to the UK duty-free, the Commission said in a statement. It explained that the scheme would ensure a wide variety of products – from clothes and shoes to foods that aren’t widely produced in the UK, including olive oil and tomatoes – will benefit from lower or zero tariffs.

It added that the scheme ensures that British businesses can benefit from more than £750 million per year of reduced import costs, leading to more choice and lower costs for UK consumers to help with the cost of living.

“DCTS Will boost trade with 65 developing countries, support jobs and growth at home and abroad, and reinforce our economic security”, the statement read.

Gill Atkinson, acting British high commissioner to Nigeria, said Nigeria would automatically benefit from enhanced preferences under the DCTS. He said the scheme can save up to £500,000 of tariffs.

“As an example, cocoa butter exporters will save £180,000. It’s great to see that the new DCTS will also simplify seasonal tariffs, meaning additional access for Nigeria’s exports to the UK,” he said.

“The DCTS covers 65 countries across Africa, Asia, Oceania and the Americas, including some of the poorest countries in the world. It removes some seasonal tariffs, meaning more options for British supermarkets and shops all year round. For example, cucumbers, which can’t be grown in the UK in the winter, will now be tariff-free during this period for the majority of countries in the scheme.

“This work is part of a wider push by the UK to drive a free trade, pro-growth agenda across the globe, using trade to drive prosperity and help eradicate poverty,” he added.

Secretary of state for international trade Anne-Marie Trevelyan said: “As an independent trading nation, we are taking back control of our trade policy and making decisions that back UK businesses, help with the cost of living, and support the economies of developing countries around the world.

The DCTS replaces the UK Generalised Scheme of Preferences, which was rolled over from our EU membership, and will come into force in early 2023. The scheme covers 37 countries in Africa, 18 in Asia, eight in Oceania and two in the Americas, representing varied and exciting trade opportunities around the world.

Key aspects of the DCTS are: Making product specific rules and rules on cumulation more generous and easier to follow for least developed countries; ensuring that goods which are genuinely competitive in the UK do not get preferential tariffs; making it simpler for developing countries to get the enhanced trade preferences in the scheme whilst including powers to suspend a country on the grounds of human rights and labour rights violations.