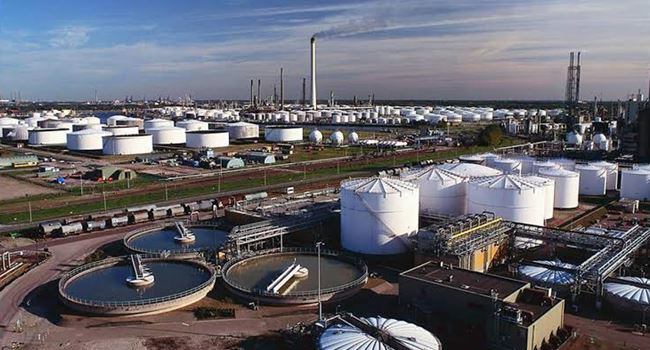 Nigerian employees of the Anglo-Dutch oil company Shell ordered the deliberate vandalisation of oil pipelines for personal gain, a documentary in the Netherlands has reported.

Dutch television documentary programme Zembla, together with Dutch environmentalist organisation Milieudefensie, reported in a programme to be aired on Thursday that “multiple witnesses declared that SPDC, a subsidiary of Shell, caused the oil leaks”.

“According to sources, Shell employees profit from these intentional oil leaks by pocketing money from clean up budgets,” Zembla said in a press release summarising an 18-month investigation of various leaks between 2010 and the present day.

Zembla added the SPDC, along with the Dutch embassy in Nigeria, were aware of the accusations but had failed to address them.

Oil spills in Nigeria have a decades-long history, making companies like Shell, whose headquarters is based in the Netherlands, a frequent target of criticism and protest from human rights and environmental groups.

Millions of litres of oil have leaked into the Niger Delta since Shell began oil extraction there in 1958. Zembla said the “greatest oil disaster in the world is unfolding in the Niger Delta”.

Shell says that 95 percent of leaks are as a result of sabotage. It denies responsibility for the leaks, which it blames on local criminals and organised gangs.

However, residents in the Ikarama in the Nigerian state of Bayelsa told Zembla that Shell employees encourage local youths in the villages to sabotage pipelines in the area and then split funds allocated for the cleanup.

“If a clean up is necessary, these same youths are then hired to perform it,” Washington Odeibodo told Zembla.

A former Shell security guard, who claimed to have been responsible for sabotaging pipelines in the past, said Shell supervisors and employees “split the money from the clean up”.

“The recovery department from Shell sabotages the pipelines. If the clean up will take seven months, they’ll stop after only three months,” he added.

According to Zembla, one saboteur said they committed the vandalism “out of hunger”.

In May, Nigeria’s National Bureau of Statistics said 40 percent of people in the West African nation live in poverty, in a country that has Africa’s biggest economy.

Cees van Dam, a professor of International Business and Human Rights at the University of Rotterdam, said allegations in Zembla’s report were “credible”.

“In the Netherlands, this would certainly be considered a criminal offence. Intentional destruction of property, intentional environmental pollution, these are serious issues that no single company would accept from its employees,” he said according to the statement.

The documentary-maker claimed it was in possession of documents confirming SPDC was aware of the allegations.

However, Shell had so far not responded to queries about steps taken to address the issue.

“SPDC takes these kinds of accusations very seriously. If we find any evidence that supports these accusations, we will report it to the Nigerian authorities,” SPDC said according to Zembla’s statement.

Zembla said the Dutch embassy in Nigeria was also aware of the accusations, which were highlighted for two years, and confirmed by the European nation’s Ministry of Foreign Affairs.

According to Zembla, former ambassador to the country Robert Petri, who left at the start of 2019, was recorded on video promising residents of Ikarama he would share the information with Shell.

The documentary-maker said “nothing came of the commitment”.

Responding to a query from Zembla, the ministry said: “Because of the premature departure of Robert Petri as ambassador to Nigeria, he hasn’t been able to follow through on his commitment.”

The ministry added his replacement was totally unaware of the allegations against the Shell workers.

Yet, Zembla said correspondence between an embassy official and the ministry showed the issue was being discussed earlier this year.

“Second Embassy Secretary from the Dutch post in Nigeria had been corresponding about these accusations as late as May of this year. When asked about this, the ministry supposed that their commitment had ‘slipped through the cracks’,” Zembla added.

“The ministry also stated that it was only after being questioned by Zembla that the current ambassador even broached the subject with Shell,” the statement said.