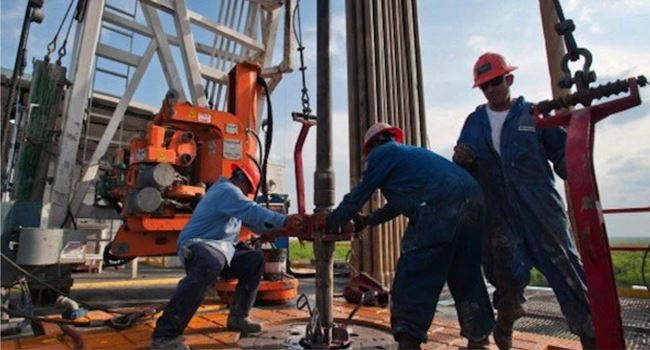 The Nigeria Extractive Industries Transparency Initiative (NEITI) has revealed that in 10 years the total aggregate financial flows from the oil and gas sector to the Nigerian government‘s account was $394.029 billion.

NEITI revealed this in its latest annual report published on its website on Monday.

According to the report the remittance to the government account occurred from 2011 to 2020.

However, the NEITI report also noted that revenue in the year under review dipped by 40percent compared to the $34.22 billion realised from the sector in 2019.

The report also revealed that 51 oil and gas companies are owing the Federal Government $3.17 billion.

Speaking on the report, the Executive Secretary of the NEITI, Dr Orji Ogbonnaya Orji, explained that companies’ liabilities to the Federation as at ‘December 31st 2020 was N1.32 trillion or $3.17 billion compared to the N2.6 trillion owed in 2019.’

He described the current debts as collectable revenues that are due to the Federation by the Department of Petroleum Resources and the Federal Inland Revenue Service.

Orji added: “The courageous public disclosure of companies’ liabilities to the Federation by NEITI was in line with its national mandate and in fulfillment of its obligation as a member of the global Extractive Industries Transparency Initiative (EITI), and not in any way against the companies.

‘NEITI’s disclosure seeks to draw the attention of the oil and gas companies to their obligations to remit all revenues due to government, especially at this time that government is in dire need of revenues to rebuild the nation’s infrastructure and improve the investment climate in the country.

“So NEITI will continue to support the companies and also expect that they live up to their obligations, as regard to payment of taxes, royalties and levies to the Federation, as they do in other jurisdictions of their operations.