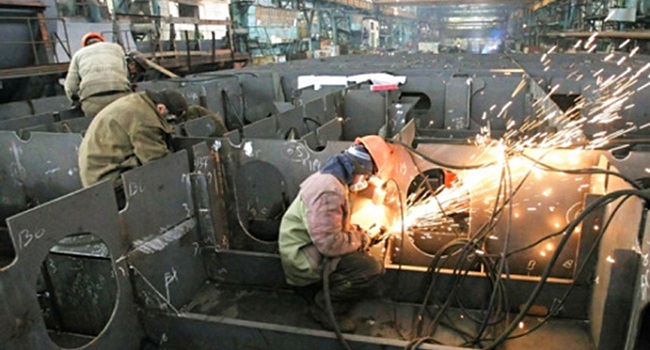 According to Eromosele, who stated this at the National Welding Capacity Development Plan workshop in Abuja, Nigeria’s current economic situation and unemployment crisis could worsen if the Nigerian Content Development and Monitoring Board (NCDMB) Manufacturers Association of Nigeria (MAN) and other stakeholders fail to focus on deepening local content in the country.

According to him, though President Muhammadu Buhari had signed the Executive Order Five, to reverse job losses to expatriates and boost economic activities, Nigeria still spends over $10 billion yearly to hire certified welders into the country.

Eromosele also noted that the country lacked the strategy necessary for implementing the Executive Order Five recently signed by the Presidency, adding that the current skills gap had resulted in the influx of foreigners into the country such that the current railway projects and the ongoing Dangote Refinery are being handled by over 90 per cent Indians and Chinese.

He however called on MAN and other stakeholders to pressure the Federal Government to set up proper implementation mechanism for Executive Order Five, especially in the areas of strengthening institutions and where critical sectors of the economy was being overlooked.

Describingi as unfortunate, the fact that international communities force their standards on Nigeria in the event of project execution in the country, Eromosele said: “That will not allow our Nigerian personnel to participate in project like the ongoing rail construction and Dangote Refinery Construction. About 90 per cent of the people working on these projects are Chinese and Indians.”

“Role of stakeholders must also be harmonised so that the Nigerian stakeholders will have common goals and role to play on all project executed depending on their areas of specialisation.”

While noting that the executive order aimed at increasing domestic production of goods and services and creating jobs in science, technology and engineering on one hand, he said the order equally prohibits issuing of visas to foreign workers whose skills are readily available in Nigeria.

He called on President Buhari and the NCDMB to channel efforts towards developing a key sector like welding.

He said: “Welding is vital to national economy and part of our society’s infrastructure; it ranks high among industrial processes and involves more sciences and variables than those involved in any other industrial process.

“As a stakeholder and promoter of welding activities and practices in country, there is a lot of challenges that are faced by welding industries and welding practitioners in Nigeria, among such challenges to mention are few which include, political interference by the international communities and lack of development of Nigeria national standards.”