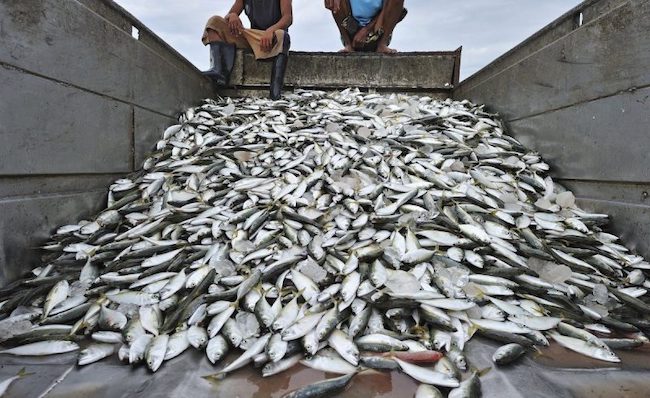 Nigerians love of all things foreign was on full display in the first half of the year, with billions of Naira spent on importing fish, and salt from ten different countries.

This is despite Nigeria’s rich water resources with many of its 36 states named after rivers.

For clarity, over 800km of coastline is attributed to Nigeria indicating the potentials of its maritime power.

Despite this abundance, data obtained from the National Bureau of Statistics by Ripples Nigeria on Monday shows the country spent N123.8 billion in fish import and N16.8 billion importing salt.

This is contained in the foreign trade report released by NBS on Sunday.

According to the report fishes worth N48.28 billion was imported in first quarter and another N75.44 billion imported in the second quarter.

The fishes were brought into the country from Russia, Netherlands, Irelan, Poland, Faroe Islands, Chile, Ireland, Lithuania, Mauritania and Japan.

Blue whiting worth N62.4 billion was imported, Herrings imports amount to N35.53 billion, and Mackerel fishes were imported for N25.75 billion in the first half of the year.

The biggest import was recorded in Q1 when blue whiting fishes worth N27.23 billion was imported from Russia.