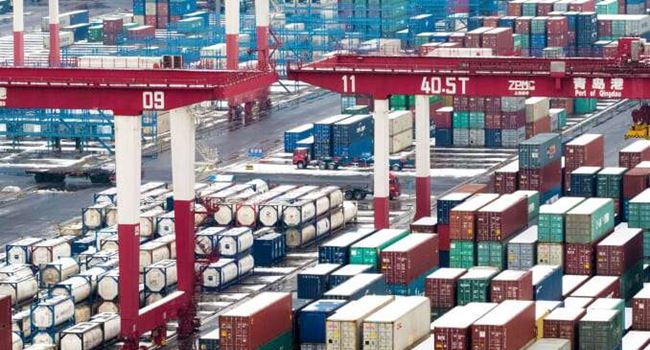 Nigeria’s growing appetite for made-in-China products resulted in the country spending N2.009 trillion on imports from the Asian nation in the first three months of this year.

This was revealed by the National Bureau of Statistics (NBS) in its latest foreign trade in goods statistics report, released over the weekend.

Some of the items imported from China include vegetable fats valued at N21.4 million and salt used in animal feed priced at N655.32 million.

Netherlands came in next with N726.09 billion worth of goods imported into the country which represents 10.60 percent of the total imports.

Nigeria’s import from the United States followed with N608.12 billion which accounts for 8.88 percent of total imports.

Imports from ECOWAS countries accounted for N20.8 billion of the total amount recorded for Africa.

Import Intensity Index with five major trading partners shows that during the first quarter, Nigeria’s import intensity index with the major importing partners (China, the Netherlands, India, and Belgium) was higher in all months.

Import intensity of exports is the degree of value addition of an imported item that subsequently gets exported.

Some of the items re-exported in the report include helicopter, refrigerator, drilling machines among others