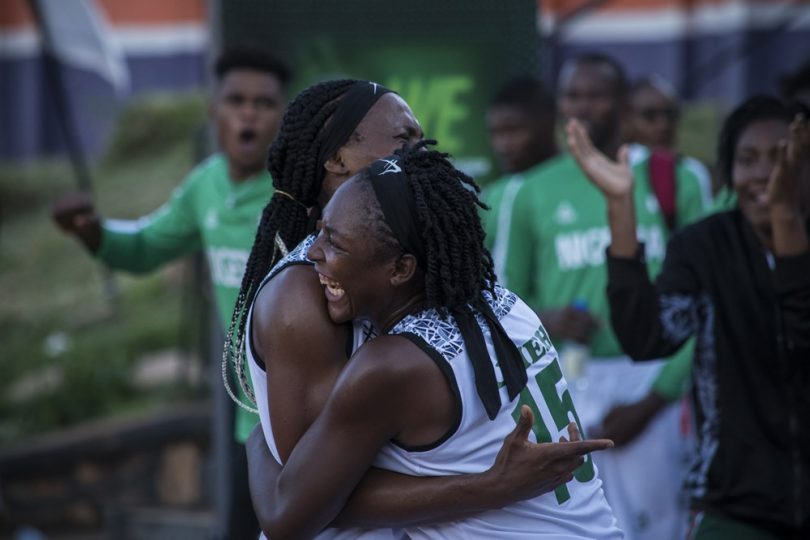 Nigeria’s contingent to the FIBA 3×3 Africa Cup of Nations in Uganda had a decent outing and gained a vital exposure in the 3×3 format of basketball.

In the u-18 girls category, Nigeria won bronze after edging out the Democratic Republic of the Congo in the third-place game by 8-6 points.

The girls, who lost narrowly to Uganda in the semifinal, were determined not to leave the competition without an impression as they settled for bronze.

Mali continued their dominance over the women’s 3×3 in Africa with an incredible 17-4 win in the final over Uganda.

In the u-18 boys, Uganda once again proved to be the undoing of Nigeria at the tournament as the lads lost to Uganda 12-17 points in the third placed game.

Despite the loss, Mustapha Oyebanji who shone brilliantly during the tournament joined Bourama Coulibaly (Mali) and Youssef Helmy (Egypt) in the Team of the tournament.

Individually, Oyebanji also took home the bronze in the shoot-out contest while Alou Traore (Mali’s men) won gold at the Shoot-out contest after defeating Claris Osula (Kenya’s women) in a tie-breaking play-off round.

Mali defeated Egypt in a nail biting final 14-13 points to win the tournament.

The quartet of Godwin David, Lucky Subel, Agu Ibeh and Victor Koko lost out to Egypt 13-17 points in the quarter final stage.

The women also lost out narrowly against bitter rivals, Mali 14-15 points in the semi finals.