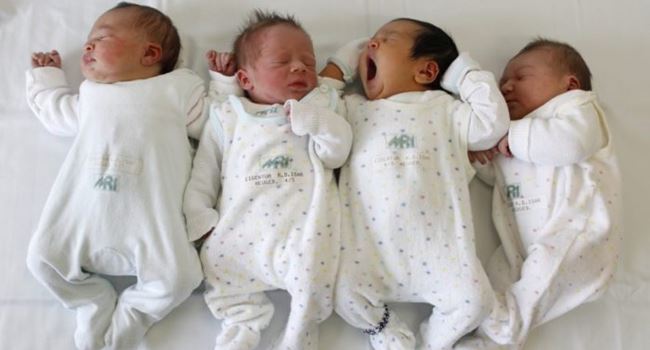 The United Nations Children’s Fund (UNICEF) said on Wednesday that at least 26,039 babies were born on New Year’s Day in Nigeria.

The figure, according to UNICEF, is the third highest in the world behind India and China with 67,385 and 46,299 babies respectively.

UNICEF’s Nigeria Representative, Peter Hawkins, who disclosed this in a statement, said Nigerian babies would account for almost seven percent of the estimated 392,078 babies to be born on New Year’s Day globally.

He said: “The beginning of a new year and this year, a new decade, is a chance for us to reflect on our hopes and dreams for the future of Nigeria, especially for those who stand to inherit this country; its children.

“As we start each new year, we are reminded of the potential of each and every Nigerian child embarking on her or his life’s journey if only they are given that chance to survive and thrive.”

However, the UNICEF representative said for millions of newborns around the world, including in Nigeria, the day of their birth was far less auspicious, and sadly, was often their last.

He disclosed that 2.5 million newborns died in just their first month of life around the world in 2018; about a third of them on the first day of life.

Hawkins added: “In Nigeria, this was 318,522 deaths; among those children, most died from preventable causes such as premature birth, complications during delivery, and infections like sepsis.

“In addition, more than 2.5 million babies are born dead each year, with more than 400,000 stillborn deaths taking place in Nigeria annually.”

He said UNICEF’s Every Child Alive campaign called for immediate investment in health workers with the right training.

I’ll not be available for future elections, Buhari says in New Year letter to Nigerians. Does he have a choice?