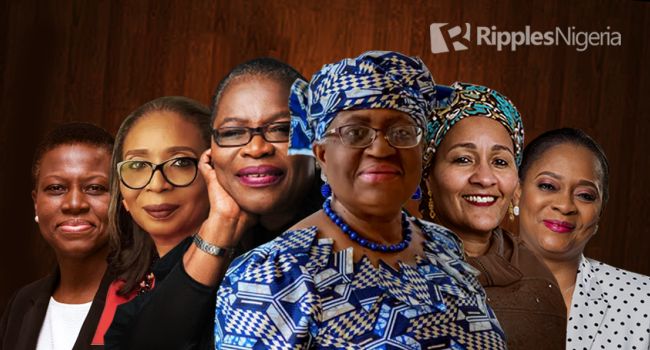 On Tuesday, March 8, the world came together to celebrate and commemorate the International Women’s Day 2022 (IWD) with the theme, “Gender equality today for a sustainable tomorrow.”

The sub theme for the day, #Breakthebias, in a way, resonated with the yearnings of women over the years for equal opportunities in all spheres of life.

Nigerian women were not left out of the celebration of IWD as they seized the opportunity to register their displeasure with the National Assembly which, few days earlier, had thrown out the gender equality bill while amending the 1999 Constitution.

The IWD also brought to the fore the biases Nigerian women face, especially when it comes to politics, which come in different forms and are often ingrained on the society, making most people forget that they are there and that most of them do have what it takes to perform better than some men if given the chance and opportunity.

In a few months from now, the curtains will be drawn on the administration of President Muhammadu Buhari and Nigerians will, once again, head to the polls to elect a new president in 2023.

As usual, the presidential race is once again being dominated by male politicians who are gearing up for the top job, with a sprinkling of a few women here and there.

And, going by past experiences, the women in the race may not do well in the proper polls as the men they are contesting against will do everything possible to truncate whatever chances they have going into the elections.

The big question on the lips of Nigerians is whether the female folks are ready to stand up to be counted and take a shot at occupying the Aso Rock Villa, the seat of power in Nigeria.

Since Nigeria returned to democracy in 1999, a handful of women have made significant contributions in the political space in the country, with many of them breaking the glass ceiling that often prevents women from actively engaging in party politics at state or national level.

As the presidential elections of 2023 beckons, the generality of Nigerians believe that there are women who could comfortably hold the forte at the highest level by vying for the number one seat.

And in the spirit of the International Women’s Day, Ripples Nigeria takes a look at six of such women who should be drafted into the presidential race in 2023.

The first name on the list of Nigerian women who could become the president of Nigeria is unarguably, the current Director-General of the World Trade Organisation (WTO), Dr. Ngozi Okonjo-Iweala, who has, over the years, shown competence, capability, aptitude and the proficiency of a natural leader.

Okonjo-Iweala was the first Nigerian woman to serve for two terms as Minister of Foreign Affairs, Finance and the Coordinating Minister of the Economy in Nigeria, first under President Olusegun Obasanjo from 2003 to 2006, and later, under President Goodluck Jonathan from 2011 to 2015.

Okonjo-Iweala has stood out in politics and governance from her days at the World Bank where she served for 25 years, rising to become the Managing Director for Operations from 2007 to 2011, and later the Vice President.

Okonjo-Iweala also serves on the Brookings Institution as a non-resident distinguished fellow with the Africa Growth Initiative in their Global Economy and Development Program.

She became the 7th DG of the WTO on March 2021, and is the first woman and first African to lead the World Trade Organization as Director-General.

Another Nigerian woman who can comfortably step into the office of the President and come out smelling like roses is the current Deputy Secretary-General of the United Nations, Amina Jane Mohammed, who has carved a lovely niche for herself in international politics and diplomacy.

Amina Mohammed was born on June 27, 1961, in Liverpool, England, United Kingdom, to a Hausa-Fulani Nigerian veterinarian-officer father and a British nurse, as the eldest of five daughters.

She is the fifth Deputy Secretary-General of the United Nations after previously serving as the Minister of Environment in Nigeria from 2015 to 2016 and became a key player in the country’s Development Agenda process put in place by Buhari.

Since assuming office at the UN in February 2017, Mohammed has helped in managing the operations of the UN Secretariat while assisting the Secretary-General, António Guterres, in carrying out his mandate of raising the profile and leadership of the United Nations.

Before she joined the UN, she had, while serving as a Minister in Nigeria, helped in executing vital government projects and represented Nigeria in the African Union (AU) Reform Steering Committee.

Obiageli Ezekwesili, popularly known as Oby Ezekwesili, needs no introduction when it comes to politics in Nigeria as she has been one of the few shining lights of the women folks in the country due to her doggedness, tenacity, and determination for an egalitarian society.

A native of Anambra State, born on April 28, 1963, Oby Ezekwesili is an economic policy expert, an advocate for transparency, accountability, good governance and Human Capital Development, a humanitarian and an activist.

She was a former Vice President of the World Bank (African Region), co-founder and founding director of Transparency International, co-founder of the #BringBackOurGirls movement, a presidential aspirant, and a two-time Minister in Nigeria.

She is also the founder of #FixPolitics Initiative, a research-based citizens-led initiative, the School of Politics Policy and Governance (SPPG), and Human Capital Africa, a member of the board of directors Women Political Leaders, member board of trustees, Fundacao Dom Cabral, and the chairperson of the board Ehizua Hub.

Read also: BUSINESS REVIEW: The women are coming, but will they conquer politics like their strides in business?

Ezekwesili started off in the Olusegun Obasanjo administration as the pioneer head of the Budget Monitoring and Price Intelligence Unit, better known as the Due Process Unit.

In June 2005, she was appointed Minister of Solid Minerals (Mines and Steel) during which time she led a reform program that midwifed Nigeria’s global recognition as a credible mining investment destination.

She was also the Chairperson of the Nigeria Extractive Industries Transparency Initiative (NEITI), and led the first ever national implementation of the global standards and principles of transparency in the oil, gas and mining sector.

In June 2006, Ezekwesili was appointed the Federal Minister of Education, a post she held until she took up a World Bank appointment in May 2007.

Another Nigerian woman who has the capacity and aptitude to lead the country is board room guru, distinguished leader and business magnate, Ibukun Awosika, the Chairman of First Bank of Nigeria Plc.

Quiet, unassuming but an achiever par excellence, Awosika was appointed into the position in September 2015, making her the first woman in the bank’s history to become the Chairman.

She is also a fellow of the African Leadership Initiative, Aspen Global Leadership Network, Institute of Directors and Society for Corporate Governance Nigeria and in 2020, won the Forbes Woman Africa Chairperson Award for her innovative ideas and leadership qualities.

Born in Ibadan, Oyo State, on December 24, 1962, Awosika attended St. Paul’s African Church Primary School, Lagos, and Methodist Girls’ High School, Yaba, respectively, before she proceeded to the University of Ife, where she graduated with a B.Sc in Chemistry.

She also holds post graduate certificates upon the completion of several business programmes at the Lagos Business School and IESE Business School – University of Navarra.

In 2011, she co-founded the Afterschool Graduate Development Centre, a career centre established in order to checkmate the high rate of unemployment in Nigeria.

Another Nigerian woman many see as a shoo-in for the position of President is the former Director-General of the Securities and Exchange Commission (SEC), Arunma Oteh, who is adjudged to have left a legacy of best practices in the activities of Nigeria’s capital markets, including the Nigerian Stock Exchange.

Before ascending the position of SEC D-G, Oteh had been at the helm of affairs of various global institutions including the World Bank where she served as Treasurer and Vice President from 2015 to 2018.

Apart from the World Bank, Oteh had worked with other international institutions like the African Development Bank (AfDB), Harvard Institute for International Development, and EcoBank, among others.

Oteh is often seen as a woman who does not shrink in the face of adversity or cower, as was the case with her famous confrontation with Hon. Herman Hembe, the Chairman of the House of Representatives Committee on Capital Markets and Institutions, over allegations of bribery and corruption while the lawmakers were probing the SEC.

Oteh, an indigene of Abia State, earned a first class honors degree in Computer Science from the prestigious University of Nigeria, Nsukka, before proceeding to the Harvard Business School where she obtained a Master’s degree in Business Administration.

In 2006, Oteh was appointed Vice President for Corporate Management at the AfDB and was responsible for Language Services, General Services and Procurement, Human Resources, and Information Management and Methods.

Oteh was nominated as the Director-General of the Securities & Exchange Commission by President Umaru Yar’Adua in July 2009, and became the substantive Director General of the SEC in January 2010, after being confirmed by the Senate.

In July 2015, Jim Yong Kim, the President of the World Bank appointed Oteh the Vice President and Treasurer of the institution and in that capacity, she managed the organization’s US$200bn debt portfolio.

Oteh was recognised in the 2020 Powerlist of the most influential people in the UK of African/African-Caribbean heritage.

Sola David-Borha may be a virtually unknown quantity in the political sphere of the country, but for those who know her and her sterling potentials and abilities, David-Borha is one Nigerian woman who has what it takes to lead the country in the capacity of President.

At the moment, David-Borha is the Chief Executive Officer (CEO) of Africa Regions at the Standard Bank Group, and has been in that capacity since January 2017.

She has also been the Vice Chairman of the Nigerian Economic Summit Group since 2015.

David-Borha was born in Accra, Ghana, to a diplomat Nigerian father. The family returned to Nigeria when she was about 10 years old and she began her primary and secondary education in Nigeria before completing her studies at the University of Ibadan, earning a bachelor’s degree in economics in 1981.

She then proceeded to pursue an MBA from the Manchester Business School in 1991, an executive education including the Advanced Management Program at Harvard Business School and the Global CEO Program jointly offered by Wharton, IESE and CEIBS.

David-Borha began her career at NAL Merchant Bank (now Sterling Bank), then affiliated with American Express from 1984 to 1989, before joining IBTC, which was merged with two commercial banks to become IBTC Chartered in 2005.