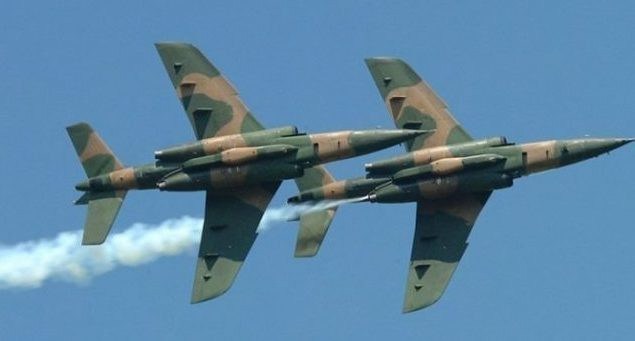 A statement signed the Director of Public Relations and Information Nigerian Air Force, Air Commodore Ibikunle Daramola, said the operation was executed after series of Intelligence Surveillance and Reconnaissance (ISR) missions showed that some buildings within the settlement were being used by the terrorists to store their supplies and other resources.

“The ATF therefore dispatched helicopter gunships and ground attack aircraft to engage the location in successive strikes, scoring devastating hits on the target area leading to destruction of several of the buildings and neutralization of their BHT occupants,” the statement stated.

It also added that “the NAF, operating in concert with surface Forces, will sustain its efforts to completely destroy all remnants of the terrorists in the Northeast”.