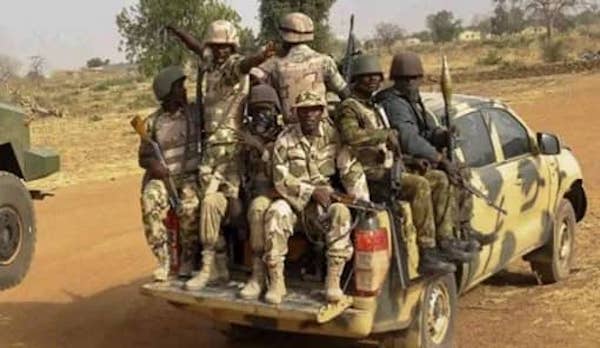 The Nigerian Army on Tuesday confirmed the recapture of Marte from the Boko Haram insurgents.

Nigerian troops had earlier on Tuesday successfully recaptured the town located on the western coast of Lake Chad.

The terrorists who were armed with machine guns had on January 16 overran a military base in the area and killed seven people.

They also seized weapons, ammunition, six-wheel vehicles, and burnt down the military barrack.

However, several terrorists who laid siege in Marte were killed by troops as they charged into the town on Tuesday.

The statement read: “Troops of Nigerian Army this afternoon, around 3:00 p.m., recovered New Marte and adjoining communities from the devilish Boko Haram terrorists.

“This is coming less than 48 hours after the Chief of Army Staff, Major Gen. Ibrahim Attahiru, gave the troops the directive to recapture Marte Town.

“The troops backed by air cover from the Nigerian Air force, successfully charged through Marte town, destroying several Improvised Explosive Devices and landmines laced across their routes and killing scores of Boko Haram/ISWAP terrorists and successfully recovered the town.

“The gallant troops are currently in total control of the general area.”

Residents told journalists they heard multiple gunshots around the Mairi area of the town at about 6:15 p.m.

The area is close to the University of Maiduguri and dominated by students of the institution.

Related Topics:#featuredMarteNigerian Army
Up Next