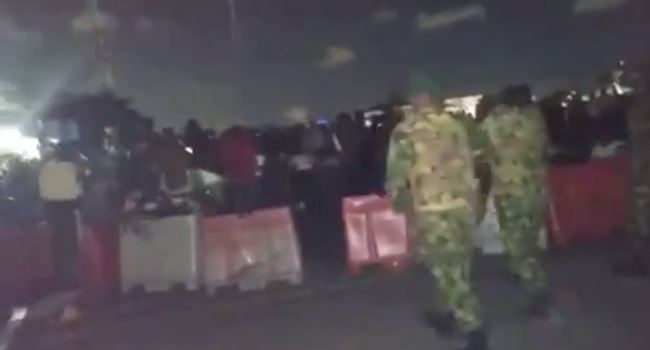 The lawyer representing the Nigerian Army on the ‘Lagos Judicial Panel of Inquiry and Restitution for Victims of SARS Related Abuses and Other Matters,’ Akinlolu Kehinde, SAN, has told the panel that so far, the Army has not received any formal petition over their alleged involvement in the shooting of #EndSARS protesters at the Lekki toll gate on Oct0ber, 20.

Kehinde made this known at the resumed hearing of the panel on Saturday, November 14, insisting that since no one has petitioned his clients, it goes without telling that the Army was not involved in the shooting.

“I must submit today that there is no allegation whatsoever against the Nigerian Army before this panel,” Kehinde began while giving his evidence in chief.

“I urge your lordship to discountenance any proposal that the testimony of the Nigerian Army should not be allowed because of a proposed petition.

“Unfortunately, for reasons known to most of us, the Nigerian Army could not give their testimony when they were summoned on the last adjourned date. It is a very respectable organisation.

“The Nigerian Army is here again, ready to testify, and they have set up their projector and is ready to discharge the summons.