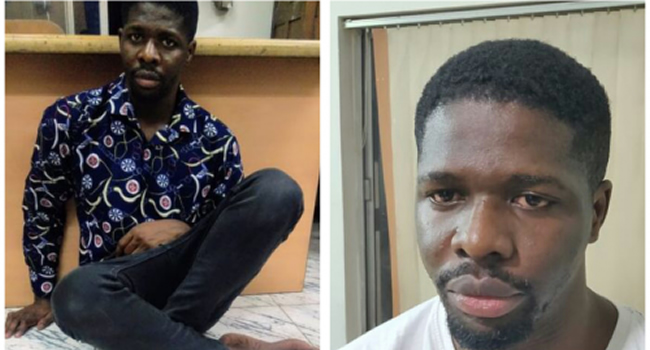 A 28-year-old Nigerian identified as James Morrison, has been arrested by the Excise Enforcement officials in Hyderabad, India, for allegedly dealing on drugs.

According to officials of the Excise Enforcement, Morrison was arrested on Tuesday following a tip-off and a search on him revealed 153 grammes of cocaine and 16 grammes of MDMA (methylenedioxymethamphetamine), a party drug commonly known as ‘Molly’ or ‘Ecstasy,’ from the suspect during a raid on a house at MS Makhtha area of Khairatabad.

According to a report filed by news agency PTI, it has gathered that the Nigerian national who claimed to be residing in India on a student visa, was a repeat offender as he had earlier been arrested on similar charges last year but was able to secure a bail.

According to investigations, one Daddy Boy, alias John Mike, from Bengaluru appointed Morrison as his agent to sell drugs in the city.

The Assistant Prohibition & Excise Superintendent, N. Anki Reddy, who led the team, said Morrison was earlier arrested on charges of drug trafficking and six grammes of cocaine seized from him then.

“This James Morrison was arrested in the month of August 2020 in a drugs case wherein six grammes of cocaine was seized from him and two more accused Nelson Samuel Smith and Abdul Kareem Abdullah.

“He is telling us that he came to India on a student visa around four years ago. As of now, there was no evidence of him having any visa. He further said his passport was deposited in a court case in Mumbai and only a photocopy of the passport was seized from him.