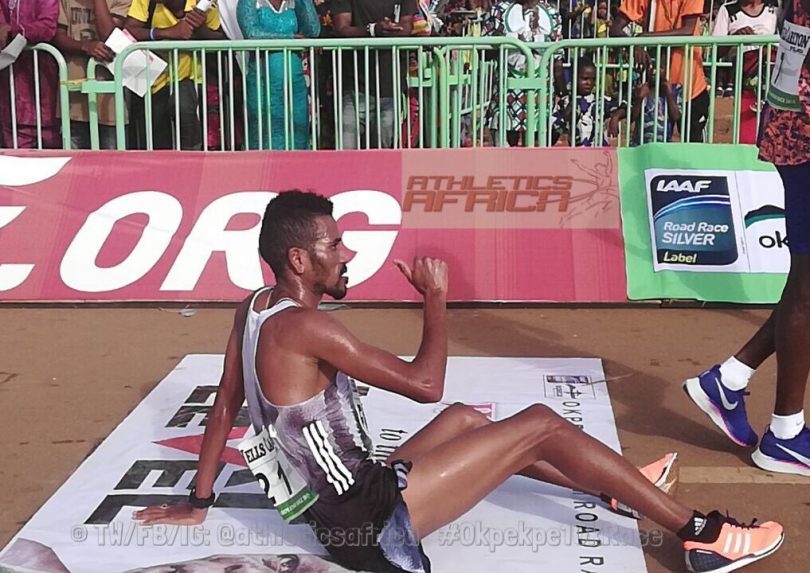 No Nigerian athlete made the top 10 spots in the 7th edition of the Okpekpe 10km Road Race which held near Auchi in Edo State on Saturday.

The Bahraini finished with a time of 28.48 minutes and was followed closely in second place by Ethiopia’s Berehanu Tsegu, who recorded a time of 28.49 minutes.

Kenya’s John Lotiang came third with a time of 29.02 minutes.

Leonard Barsoton finished sixth with a time of 29.22 while in seventh place was Malel Sitonik who recorded a time of 39.47.

In the women’s race, Kenya’s Shela Chelangat emerged winner with a time of 32.59 minutes.

The 8th edition of the Okpekpe International 10km Road Race will take place in 2020, with the organisers expecting that the race will have been accorded a gold label status by IAAF.