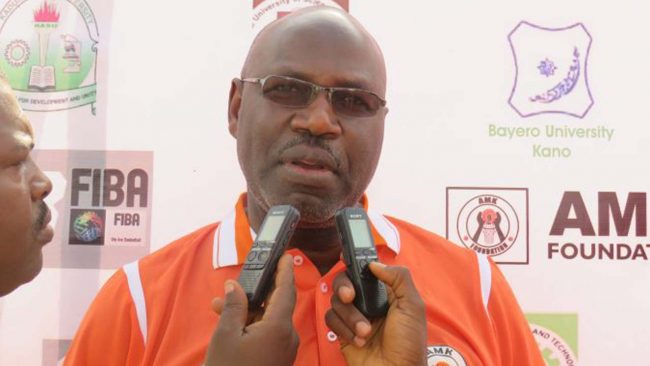 Fans and stakeholders of Nigerian Basketball have been assured of more strides in the sport in the new year by President of the Nigeria Basketball Federation (NBBF), Musa Kida.

In his speech, Kida said the next 12 months will witness the consolidation of achievements recorded on the domestic and international scene in 2019.

He promised that continued attention will be paid to the domestic scene with special focus on the Men and Women Premier Leagues as well as the Division 1 and 2 leagues for men.

“We wish Nigerians the best of the New Year will offer as we restate our commitment to basketball development in the New Year,” the NBBF media team quoted the president.

“We are going to start 2020 strongly with the Total Division One League starting in Lagos on the 20th of January which is an indication of our focus for the year.

“In the year under review, the D’Tigress continued their invincible run on the continent to win the 2019 Afrobasket Championship in Dakar, Senegal while the D’Tigers was the highest African team at the FIBA men’s World Cup which earned them an automatic place in the 2020 Olympic Games.

“We also participated in some under age competitions in 2019. After many years of absence, Nigeria returned to the FIBA Africa u-16 championship in Cape Verde. The women senior team gave Team Nigeria something to cheer at the Beach Games in Cape Verde as the only sport to win any medal for Nigeria.

“On the local scene, more teams were added to the Zenith Women League which made it stronger. For the past 15 years, we had only three winners, but this year, a new club- Air Warriors of emerged a new champion in their first year in the league.

“In February, our women national team will be going to Belgrade, Serbia for the Olympics qualifiers and we also need to prepare them for this as we hope to qualify,” he added.

He concluded that basketball stakeholders should get ready for jolly ride as the journey to Eldorado continues.