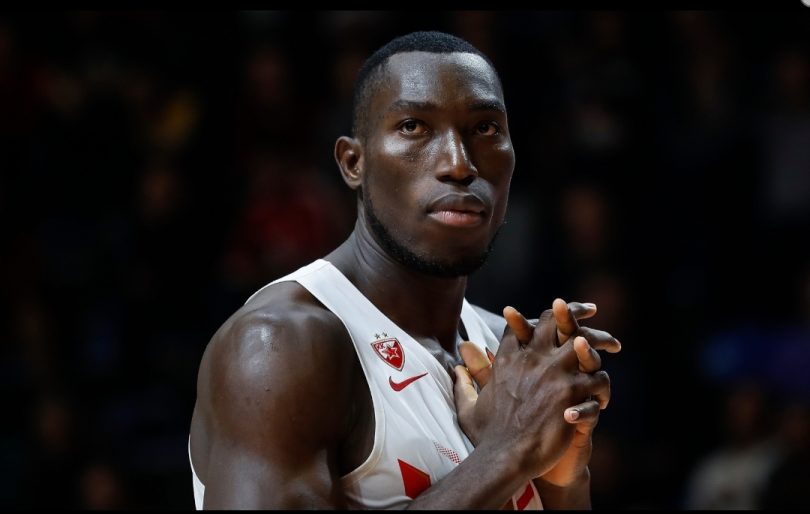 A Nigerian basketballer, Michael Olalekan Ojo has died a sudden death after he slumped during training at his club in Serbia.

According to an official release by his club, Crvena Zvezda of Serbia, 27-year-old Ojo slumped during training and died shortly after.

“This is another flower that unexpectedly withered at such a time it was expected to start blossoming,” said president of Nigeria Basketball Federation (NBBF), Musa Kida.

“After a sterling College career in the United States of America and after securing a professional deal in Belgrade, it is so sad that the basketball world has been robbed of this emerging talent who has been described as one of the tallest to play basketball in Serbia.”

Late Ojo, who won the 2019 Serbian Professional League with Crvena, was once invited to play for the D’Tigers.

He was invited during the preparations for the 2011 FIBA Afrobasket, with the team being managed then by Isah Umah.

“He was excited to be part of team Nigeria and gave his best at such a young age. He did not make the final cut, but he was excited to have a chance to play for his fatherland,” said Umah who also spoke to NBBF media.

During the 2019–20 season, Ojo appeared in 22 EuroLeague games with Crvena zvezda, averaging 4.1 points and 3 rebounds per game while appearing in about 108 games for his club before his untimely demise.