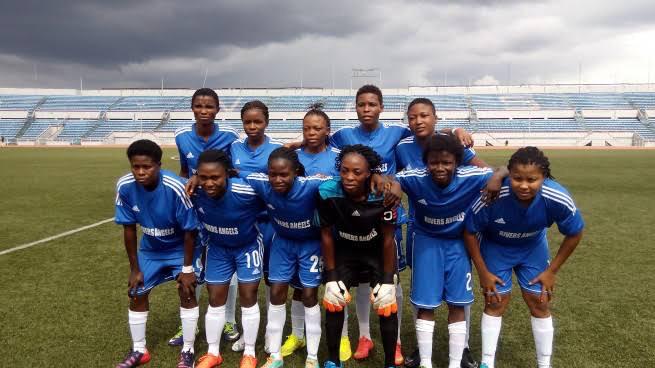 The tournament which will take place in Egypt later this year, will have eight teams from across the continent compete for the title.

Rivers Angels qualified for the showpiece after hammering Amis du Monde FC of Togo 5-1 in the semi-final of the WAFU B zonal qualifiers on Monday in Abidjan, Côte d’Ivoire.

The Port-Harcourt based club grabbed the big win from a brace by Maryann Ezenagu and a goal each from Deborah Abiodun, Damilola Koku and Cynthia Aku.

Rivers Angels got to the semi-final after finishing top of group B following comfortable victories over Ghana’s Hasaacas and Police Sports Association of Niger Republic.

The seven-time NWPL champions will now take on Hasaacas of Ghana in the final on Thursday August 5.

Both finalists – Rivers Angels and Hasaacas – have booked the ticket to represent the region in the inaugural CAF competition.

JUST IN: Oduduru narrowly misses out on men’s 200m final at Tokyo Olympics